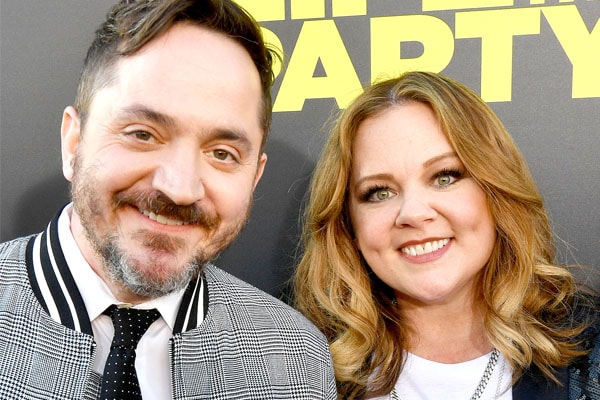 The actress Melissa McCarthy and Filmmaker, Ben Falcone walked down the aisle on October 8, 2005, in an auspicious ceremony. The parents of two kids and relationship of over a decade later, their relationship has proven to be a match made in comedic heaven.

The lovebirds work together, travel together, laugh and make others laugh together. The romantic duo is not shy to flaunt the love they have for one another and frequently share their cutest moments together on their socials. The epitome of relationship goals, Melissa and Ben, have teamed up professionally several times. Besides that, McCarthy has revealed that her action-comedy movie Superintelligence will be directed by Ben and released on Christmas Day 2019.

McCarthy recalls meeting her husband of over 13 years, actor Ben Falcone in early of her career in Los Angeles. The lovebirds were doing a little improv theatre called The Groundlings in L.A. The fine, funny actress who has not fallen short of her phenomenal acting is no lesser regarding her romantic life.

Actress Melissa is not just admired for her professional works in the entertainment industry but also adored for an impeccable relationship with her husband. According to McCarthy, the thirteen years of marriage has been a delightful ride with children as the bonus points alongside. Besides that, Father Ben is the author of the book “Being a Dad is Weird”

The comedian and actor, Ben Falcone’s children, Vivian and Georgette, have made their debut in the movie. The oldest daughter, Vivian, plays the role of McCarthy’s character when she was seven years old. Likewise, the youngest daughter, Georgette, appears as one of the young girls working at the brownie company. However, the concerned parents, Ben and Melissa, do not believe The Boss is the start of something bigger for the kids.

According to mother Melissa, she is leaving their fate on their hands and is not discouraging nor encouraging the kids. Despite having a passion and dedication in the acting career and entertainment industry, the children are not old enough to be joining the line. However, the children are allowed into the entertainment industry right after their college.