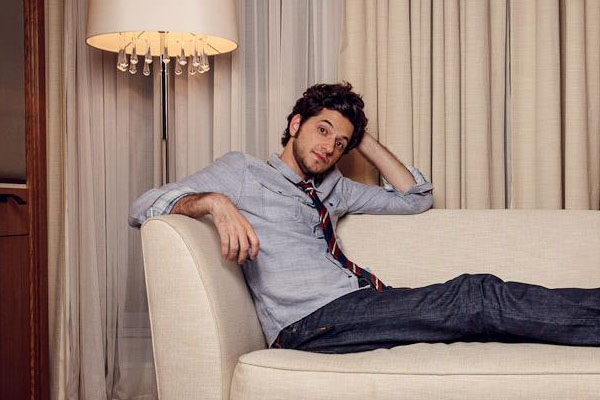 Ben Schwartz is a famous American comedian, actor, and director best recognized for portraying the character Jean-Ralphio Saperstein on the mockumentary sitcom Parks and Recreation. Besides, he is also the voice actor in the TV series DuckTales and Rise of the Teenage Mutant Ninja Turtles. Other works featuring Ben Schwartz are movies like Everybody’s Fine, The Walk, Falling Down, and Sonic the Hedgehog. Moreover, he is also an author and has written four books to date.

Comedian Ben Schwartz is often known for doing what he does best: crafting insane, fictional stories out of anecdotes from audience members with his longtime improv partner, Thomas Middleditch. However, details about his personal life and his real-life partner are still under the radar. So, here in this article, we will be talking about Ben Schwartz’s wife and his past relationships. Please stay with us through this article to know them all.

Both Schwartz and Rodriguez were tight-lipped about their budding romance, but Rodriguez opened up about having baby fever in The Ellen DeGeneres Show. In the show, Gina revealed that she wanted a baby since she had been around them while filming Jane the Virgin. While she did not reveal much about her and Schwartz’s relationship, fans suspected that they were already talking about starting a family.

However, their love life did not last long. Ben and Gina reportedly separated at the beginning of 2017, after only a year of dating. Rodriguez soon began dating her fellow actor Joe LoCicero and married him later in 2019.

After splitting up with Gina Rodriguez, Ben Schwartz’s love life became a mystery to everyone. Though he is open about his professional life, he has been hiding information about his personal life for a long time. Going through Ben Schwartz’s social media pages, he does not seem to be in an intimate relationship with anyone in the present.

There is no presence of Ben Schwartz’s wife or his girlfriend in his social media pages, which leads his fans to believe the gossips about him enjoying his life as a single man. However, there are possibilities that he might be leading a married life keeping it hidden from the media’s prying eyes. But for now, Ben Schwartz has succeeded in keeping the secrets about his marital status far from the limelight.

Moreover, Ben Schwartz does not have kids. Currently, he seems to have dedicated his time to himself and his acting career. So, it looks like his acting projects are his babies at the moment.

The Parks And Recreation Star Has Some Dating Advice For Millenials

Though the celebrity comedian Ben Schwartz does not seem to be in a relationship with anyone in the present, he has co-written an illustrated guide to dating for millennials. The Entertainment Weekly reported that he partnered up with his long-time friend, Laura Moses, to give some dating advice. They released a book titled Things You Should Already Know: You F-king Idiot in 2016. In the book, Ben has some tips for those in love about what to do and what not to do when they go on dates.

Nevertheless, Ben Schwartz seems to be enjoying a bachelor life at the moment. Moreover, if he has a wife and children also then they are completely far from the reach of the media. While his ex-girlfriend, Gina, has already found a life-partner and boasts her marital life in public, he is still mute about his current love life. We hope he will surprise his well-wishers soon, revealing his secret partner before the media.