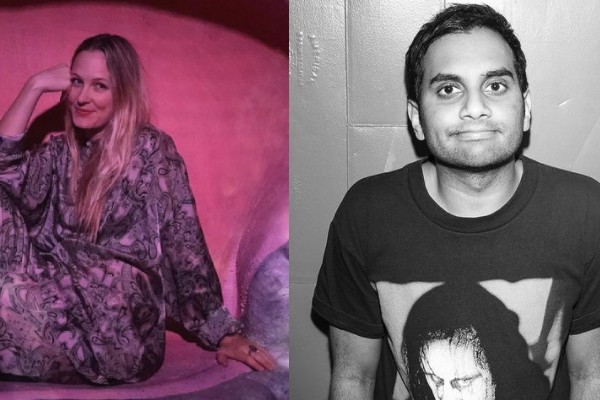 Best known for his performance in Parks and Recreation as Tom Haverford, Aziz Ansari is a comedic star in Hollywood. The talented Indian-American actor is the main person behind the success of his series Master of None, where he plays the main character while also being the show’s creator. Aziz has won numerous awards over the years, including a Golden Globe, making him the first Asian-American to win the award.

Well, we already know how talented Aziz is as an actor, and his professional life is always the main part of the talk, but his personal life is also pretty colorful. The Master Of None star was in a relationship with Courtney McBroom for two years before breaking up in 2018, so let’s have a look at some interesting facts about Aziz Ansari’s ex-girlfriend Courtney McBroom.

Aziz and Courtney first met each other during the time she was working as a chef at Momofuku Milk Bar. Surprisingly Courtney did not know who Aziz Ansari was when he showed up at her workplace. The two met again at an event after a year and started dating each other. The couple dated for about two years, however, things did not go as planned, and they separated. Even though Ansari and Courtney broke up, they still have huge respect for each other.

While Courtney did not realize when her colleagues got excited about Aziz Ansari showing up at their restaurant, she later ended up dating him. The couple had nothing but love for each other and were rumored to be planning for marriage, but their relationship did not last long. According to various reports, Aziz’s hectic work schedule might have been the reason behind their break-up. As of now, Aziz is in a relationship with his new partner/girlfriend Serena Skov Campbell.

Aziz Ansari’s former partner, Courtney McBroom, is a reputed chef. Courtney is the co-owner of the Large Marge food company in LA and previously worked at the much popular Momofuku Milk Bar. Courtney is much-loved for her esteemed Queso. She has also has written for Lucky Peach magazine, Vice Munchies, and GQ.com, where she talked about her experiences and different cuisines.

Courtney has written various cookbooks with Christina Tosi about the Milk Bar. She also has a dedicated website called Ruined Table for images of parties she has been part of, especially as the cook. She sure is a food genius and knows how to make her dishes amazing.

Courtney Got Her First Cookbook In Third Grade

Courtney grew up in Texas with her parents and got her first cookbook when she was in third grade. As she went through the book, she immediately fell in love with the various types of delicacies and the joy of cooking. Courtney started young as a cook and now has her own restaurant where she can serve what she really loves. Courtney believes that everyone has the power to create a great meal and have a blast of a party.

From Texas to California, Courtney has been steadily making her strides to become a wonderful chef. Now at Large Marge Food Company, she can relive her childhood dream of cooking every day and serve the best food to people.

Aziz Was A Big Fan Of Courtney’s Dishes

Like any other boyfriend, Aziz Ansari was a big fan of his then-girlfriend and her cooking skills. During their relationship, the Master of None star even became a food photographer to promote her dishes on his social media sites. The actor used to post a lot of photos of Courtney’s dishes on Instagram and shared loving words of encouragement for his ex-partner.

Aziz also mentioned in an interview that he was lucky to have Courtney as his girlfriend as he could get to eat exotic dishes. The two also used to team up at parties when Courtney made the dishes, Aziz would make the drinks. It’s pretty sad to see the two break up, but since both of them have moved on, we wish them all the best for their future.