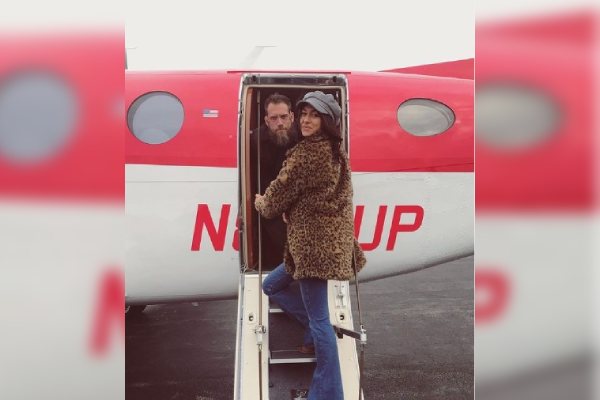 Sophie Hiller is a singer, dancer, and musician who has performed on stages worldwide with Tom Jones, Carly Simon, Lady Gaga, Cher, Nicole Scherzinger, Natasha Bedingfield, Ronan Keating, and many others.

Hiller’s career as a singer, backing vocalist, and musician has taken her to perform in numerous venues such as The Royal Albert Hall, Carnegie Hall, Radio City Music Hall, The 02 Arena, and Buckingham Palace, as well as making appearances on shows such as The Late Show with Stephen Colbert, Children in Need, The Today Show, and Good Morning America.

While Sophie has caught the public and media’s attention for her performances, she also comes in highlight for her relationships and love affairs. Her association with creative musician and singer/songwriter Ben Taylor has also made many people curious about the relationship between them. So, are the two dating or in love with each other? Let’s find it out in the following article.

Have Collaborated In Several Projects Together

Everything has its origin; similarly, the speculation of romantic affairs between the musicians arose after they collaborated on a few projects together. Hiller was asked to join Ben on his German and US tours. Both have also performed for many events and venues. For instance, the duo sang I’ve known the garden, Friday, America, and Wicked Way, in One On One session at City Winery New York in 2014.

While performing, too, the singing couple’s sizzling chemistry is quite visible, making fans question whether they are dating or not. Well, several sites have suggested that Sophie is Ben Taylor’s partner. But, the alleged pair hasn’t been upright regarding what they feel about each other. Nonetheless, they look amazing performing together, and now, let’s go through a video of them singing together.

Hiller and Taylor have also performed on live stages and concerts. As already mentioned, both have toured as well.

Are They Still Dating Each Other?

Although the alleged pair has performed in several events together, they are still not vocal regarding their relationship status. Moreover, Sophie and Ben have posted several photos with each other on their social media handles; however, in recent days, they don’t post much with one another.

Still, as per the 2021 NEXTTRIBE article, Ben and Sophie were living together in a house on his mom’s property. However, going through the songstress’ IG, she has been tagged with posts with another guy with whom she looked pretty cozy. So, could it be possible that Hiller is dating somebody else?

Nonetheless, we look forward to seeing more of Hiller-Taylor’s musical performances in the coming days. Their combined vocals sound fantastic, and they deserve to prosper more in the music industry.

Many might already be familiar with Ben Taylor. He is an exceptional musician and songwriter who has released many albums, including Famous Among The Barns, Deeper Than Gravity, Another Run Around The Sun, The Legend of Kung Folk, Part 1(The Killing Bite), and Listening. Aside from that, he is the legendary musicians James Taylor and Carly Simon’s son.

Likewise, Ben Taylor’s partner, Sophie, also comes from a music background. Sophie Hiller’s father, Lawrence Hiller, is a singer and songwriter. The father-daughter duo has written many songs together. Furthermore, Sophie started learning instruments and performing at a young age.

The artist started songwriting when she was thirteen. She attended Queen Elizabeth Girls School and enrolled at Woodhouse College afterward. She studied music at college and established a solid fan base through FB and YouTube. And, now, Sophie is performing alongside the greatest musicians and doing well as a solo artist.

In essence, we hope both Hiller and Taylor are happy in their individual lives and are striving to achieve the best in their professional career. Although it is unclear whether they are still in a romantic relationship, we hope both will reveal more about it in the days ahead.