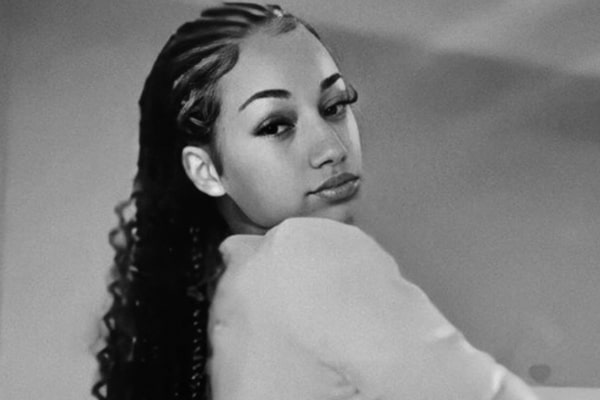 Danielle Peskowitz Bregoli, also known as Bhad Bhabie, is an internet personality, songwriter, and rapper. Bregoli rose to fame from an episode of Dr. Phil in 2016. The infamous catchphrase, ‘Catch me outside, how about that?’ became a viral video meme, which eventually helped her to pursue a career as a rapper.

As an aspiring and budding artist, Bhad Bhabie has shown remarkable growth, becoming the youngest female rapper to appear on the Billboard Hot 100 chart with her single ‘These Heaux.’ Along with her proliferating career, Bhabie has found her love. Bhad Bhabie’s relationship with Yung Bans was a massive buzz of the town recently.

Therefore, let’s find out what made Bhad Bhabie’s boyfriend, Yung Bans, a controversial man. Also, let’s look into her past relationships and more.

The couple recently sparked rumors of dating after the rapper, Bregoli got the Atlanta rapper, Yung Bans’ first name, ‘Vas’ tattooed on the back of her leg.

The Bestie rapper got her boyfriend’s name inked on her as a response to Bans’ Ig story. He wrote, ‘If you love me to get my name tatted’ linking a post from Bhabie.

The 17-year-old previously had tattooed rapper Youngboy’s legal name on her hand. Months later, she covered the tat.

In a nutshell, Bhad Bhabie and Yung Bans are a couple, and they are doing great in a relationship. However, Bhabie recently announced that she is going off on social media, asking fans for some privacy.

Fans of this era are pretty meticulous in zooming a picture and figuring out whose shadow is lurking in the background.

Bhad Bhabie and Yung Bans’ relationship started getting backlash for their age difference. When Bhabie posted a picture of her new hair color on Instagram, her fans were quick to notice Yung Bans.

Bhabie’s fans were upset about the couple dating as Bhabie is just 17 years old, and her partner, Bans, is nearly 21 years old. They pointed out that the relationship was illegal. But Bregoli was quick to respond that there was nothing illegal about their relationship, and the three year age difference cannot make someone get charge.

Furthermore, Bhabie firmly clarified that the age of consent is 17 in Atlanta. Bhabie further defended her boyfriend, claiming that they were not breaking any rules.

Looks like Bhad Bhabie’s boyfriend, Yung Bans, is making her exclusively happy, and they are in a serious relationship. Daniel has been under public scrutiny since she was very young; it is easy for people to judge her actions without a second thought. Well, that includes invading her privacy at peak.

However, Bhad Bhabie and her partner are seeking privacy and are off social media for a few days. Let’s hope they are doing good and are career-focused at the same time.

Bregoli Was Rumored With A Few Rappers

Aforementioned, Bregoli has been under the public’s eye since she was pretty young. Therefore, her life is exclusively out there. Furthermore, because of her interest in the rap world, she has been linked with rappers like YoungBoy, Kodak Blak, etc. to name a few.

Rumors regarding Danielle Bregoli,14, and Kodak Black 20 at the time sparked when she appeared in Black’s ‘Everything 1k’ music video in 2017. Danielle came up clean, clearing the air about the relationship, and claimed that nothing happened. She confessed that people would assume about her relationship when she would simply take pictures or talk to them.

Bhad Bhabie also sparked rumors when she got a tattoo of rapper YoungBoy‘s initials on her hand. She was quick to clear the air in that situation as well.

The young woman is growing up. She’s just 17 and is discovering life in her manner. Therefore, unnecessary critics regarding her personal life seem useless.

For now, let’s hope Bhad Bhabie’s boyfriend, Yung Bans is doing well, and they are enjoying a proper private time at the moment.