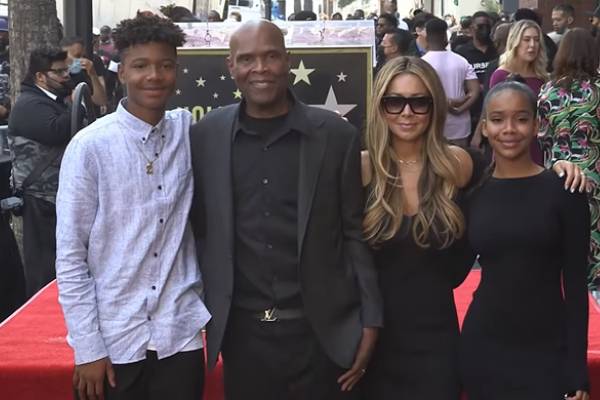 Big Boy and his wife, Veronica Alexander have been together for a long time now. Image Source: Social Media.

Kurt Alexander is professionally known as Big Boy. He got the nickname for his past self with a large build. Moreover, he is a famous radio host known for hosting the show on Los Angeles’ Power 105.9 FM station. In addition to that, Alexander is also a producer and actor with over twenty acting credits.

Apart from his rocking career, the radio host is a married man with kids. Together with his wife, the radio host leads a beautiful family of four, including their two children. Many fans around the world are curious about his personal life. So, in today’s article, let’s get to know Big Boy’s wife and their story.

The famous radio host shares a blissful marital life with Veronica Alexander. However, the married couple has not disclosed when they tied the knot. But, it is safe for us to say that the pair have been together for over a decade.

Additionally, Big Boy rarely talks about his family member and personal life in public. Likewise, his wife has not disclosed anything regarding her family background, parents, and siblings. Nonetheless, the married duo is living a happy life with their children. Also, both Veronica and her husband must be supportive of each other’s careers and choices.

As mentioned earlier, Big Boy and his partner lead a beautiful family of four, including two children. During their long togetherness, Big Boy’s spouse has given birth to a son, Jay Money Alexander, and a daughter, Jaide Chula Alexander. The kids often appear on their dad’s show from time to time.

The radio personality is a devoted family person. He prioritizes his family and is one of the best dads. Additionally, when he interviewed Jack Harlow, a talented rapper from America, he got praised for being a wonderful father. The radio host got emotional and tried to control his tears.

Moreover, Big Boy’s son, Jayden, is a basketball player at Sierra Canyon School. His parents and sister often attend his matches to show him support. On the other hand, Kurt’s daughter, Jaide, also attends Sierra Canyon School and is active on TikTok.

Big Boy has gained immense fame in his career, and his prominence has spread worldwide. Because of his reputation, his family, too, has come to the public attention.

Well, the radio personality’s partner is also active on social media. She seems to enjoy working out and keeping herself fit. Moreover, Veronica often shares pictures and videos of her working out on her Instagram account. Also, she has a huge fan following on her page.

Veronica also has a close friend circle featuring well-renowned celebs. For instance, she is friends with Khloe Kardashian. She often shares pictures of hangouts with Kardashian on her IG account.

Aside from that, Mrs. Alexander makes frequent public appearances along with her husband. For instance, Veronica and her kids attended a ceremony honoring her spouse with a star on the Hollywood Walk of Fame. All of them seemed to be very close to each other.

Nonetheless, Big Boy’s wife is a beautiful woman, a devoted partner, and a doting mother. Hopefully, Veronica and her husband will come at ease and disclose more about their love story in the coming days. We wish the Alexander family a strong bond and prosperous life ahead.