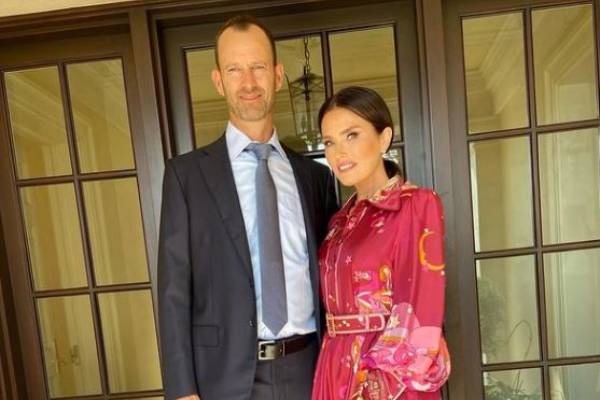 Bill DeWitt III, aka William Orville DeWitt, is the present president of the Major League Baseball (MLB) team St. Louis Cardinals. His father, William DeWitt Jr, is the owner and chairman of the Cardinals. Growing up in Cincinnati, Bill graduated from the famous Yale University.

During his college days, Bill worked as an assistant to William K. Reilly, the former Administrator of the Environmental Protection Agency. Besides his professional work, Bill is married to Ira Aldanmaz DeWitt & the couple has been in marital bliss. Furthermore, the pair are parents to their three children.

So, In this article, let’s talk about Bill DeWitt III’s wife, Ira DeWitt, their marriage, and children.

Ira Dewitt Is The Mother Of Bill DeWitt III’s Children

Bill DeWitt III and Ira DeWitt have been married since 1996. The love birds have not disclosed any details about their marriage or spoken about it. Nevertheless, being married for over twenty-five years, the couple must be content with their marriage.

Furthermore, the couple has given birth to two children during their marital relationship. The pair’s daughter, Natalie DeWitt, goes to Yale University similarly to Bill. She is popular on Instagram with more than two thousand followers. William Orville DeWitt IV is the son of Bill and Ira. He seems to be passionate about music and rock bands.

The Couple Have Also Adopted A Son

Along with Natalie and Williams, the DeWitt couple has also welcomed another son into their family. Ira and Bill have adopted their youngest son, Jabin DeWitt. He is nine years old currently. Jabin can often be seen in public with Bill DeWitt III’s wife and on her social media.

Ira calls Jabin the prince of the family. He must be living a comfortable life with the DeWitt family. It looks like he also shares a lovely bond with his brother and sisters. They might also be taking good care of young Jabin.

Very Successful In Her Career

Besides being known as Bill DeWitt III’s wife, Ira is a successful businesswoman, doctor, and music producer. She is a native of Istanbul, Turkey, but she spent most of her childhood in Canada.

Ira DeWitt owns her own company Saint Candles. The company produces various kinds of candles used for prayers and personal use with customized scents. Furthermore, the multi-talented woman is also the president and co-founder of the Urban Music record label Notifi Records. Her label features famous R&B artists like Ginuwine, Johnny Gill, and Bos.

As we already know, Bill DeWitt III’s better half, Ira DeWitt, owns a record label company, Notifi Records. Substantially, while working with her music company, popular R&B singer Johny Gill attacked Ira calling her deranged and nuts on Twitter. In addition, the singer accused her of releasing a song from his upcoming album without permission.

Furthermore, Ira filed a lawsuit against Gill’s attacks. Nevertheless, they settled their differences and made peace with each other. After the case was settled, Ira said she was elated to continue her journey with Johnny, and they are good friends now.

Nonetheless, we wish Bill DeWitt III’s wife Ira DeWitt all the best for her future.