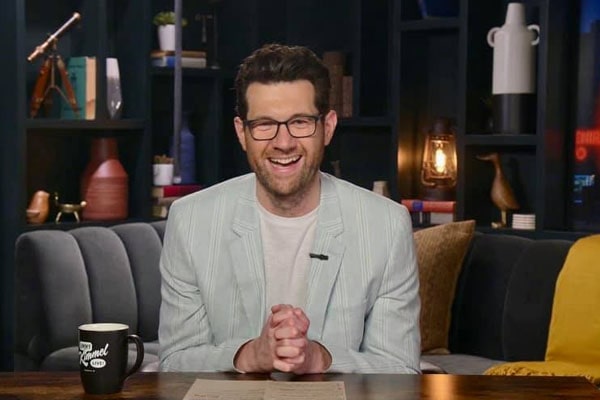 Billy Eichner is a popular face of the Hollywood Industry. He is famous among the public as the star, creator, and executive producer of Funny Or Die’s comedy game show Billy on the Street. Eichner was even the nominee for the 2013 Daytime Emmy Award for Outstanding Game Show Host. Moreover, Billy Eichner is well-known for portraying Craig Middlebrooks’s role on the sitcom Parks and Recreation. He also played the character, Timon, in the blockbuster film The Lion King‘s 2019 remake.

One of the acclaimed personalities of American Showbiz, Billy Eichner, is open about his sexuality. Along with his increasing fame, people are getting eager to learn about his love life. So, here, get to know about the openly gay actor Billy Eichner’s love life, including his past and present partners.

Accepting the fact of being gay in public is a courageous thing. The same happened in the life of a famous personality, Billy Eichner. Unlike many other gay people worldwide, Eichner did not have much hard time accepting his reality as his family supported him a lot. He found out about his sexuality for the first time during his college days. After coming out as gay, Eichner said that he was utterly blind to homophobia.

Furthermore, Billy Eichner is always open to the public when discussed about his sexual orientation. In an episode of In Bed With Joan, Eichner joked that he was gay since he oozed out of his mom’s womb. Moreover, he said that his dad passed away after knowing he was gay. However, the truth is that his father always supported him when it comes to his sexuality.

Furthermore, during several interviews, Billy frequently mentioned his desire to be a mainstream gay comedian like Ellen Degeneres. Eichner does not feel shy to address himself as gay, not in real life only. He is open to showcase steamy gay scenes before the camera as well. In one of the seasons of Difficult People, he made out with his co-actor John Cho in the busy streets of New York.

Did Billy Eichner Date His On-Screen Partner In Real Life?

As we mentioned above, Billy Eichner’s partner was John Cho in the TV series Difficult People. Looking at their onscreen chemistry, many speculated that Billy Eichner might have dated Cho in real life also. Their intimate on-screen scene was a real treat for the fans, leading them to assume the on-screen gay partners as real couples.

Unfortunately, Billy and John are just friends in real life. Their romance was limited before the camera only. The reality is that they never let their on-screen love life progress in real life. Moreover, Billy and John have never appeared together in public that could lead to any misconceptions about their relationship.

After the rumor of Billy Eichner dating John Cho, the public’s focus shifted to Billy Eichner’s college roommate, Robin Taylor. There were gossips that Billy Eichner sparked a relationship with Taylor, whom he met at Northwestern University in his sophomore year. However, this time also Billy proved everyone wrong as Taylor was just his close friend who provides him needed support.

Eichner and Taylor did almost everything together. They went to gay bars at night, spas every once a while, and attended random parties. Taylor even tried to give Eichner a connection to love and family to make him constant in his life. However, it seems like Eichner has not got the love of his life yet.

Hence, it seems like we still need to wait for Billy Eichner’s partner in real like he is doing at the moment. In an interview, Billy said that he is available on almost every social dating apps like Tinder, Grindr, and Bumble, and he has no shame about that. Moreover, in another interview, he revealed that he is ready for real dating as his life started to fall into place over the past few years. It might be a clue that soon Billy’s fans will get to see him with his real-life partner. So, for now, Billy Eichner is single and certainly ready to mingle.