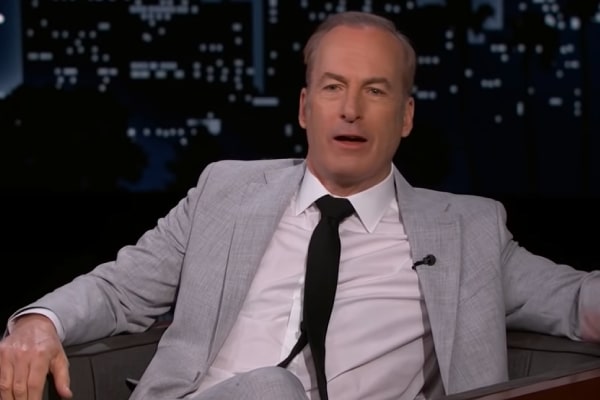 Bob Odenkirk and Naomi Odenkirk has been married for over two decades. Image Source: Social Media.

Some people meet no matter their circumstances and cross paths until they unite. Perhaps, that’s why the word “destiny” exists. Bob Odenkirk and Naomi Odenkirk‘s union is the perfect example of it. The married duo encountered each other several times until they were linked successfully.

If you are wondering who are the mentioned people, Bob is a successful actor, comedian, and filmmaker of American nationality and Naomi is Bob Odenkirk’s wife. The couple has been happily married for two decades. But, it took a lot of time for the actor to realize Naomi was the one. So, today’s talk is about the actor’s spouse and their marital journey. Keep reading to find out some exciting facts about the duo.

Naomi Is A Producer And Manager

Like her hubby, Naomi Odenkirk, also known as Naomi Yomtov, works in the entertainment industry. She might not have appeared on several movies and television series, but she is an active personality behind the scenes. The actor’s spouse has several producing credits. She is appreciated for her work in Melvin Goes to Dinner, Derek and Simon: The Show, No Hard Feelings, Summer in Argyle, etc.

Moreover, Bob Odenkirk’s wife is a talent manager who manages several well-known comedy writers and actors. She has represented stars like Kristen Wiig, Bill Hader, Derek Waters, and Jenna Fischer. Not only that, but Naomi is also a manager of her spouse, Bob.

The Odenkirk couple first met back in 1994. At that time, the actor had a comedy show in West Hollywood. Many years later, Naomi revealed that she had a crush on her now-husband. But she denied meeting Bob even when people offered to introduce her to him. Regardless, the lovely duo met again on a set. However, the Better Call Saul star appeared uninterested in her. Thus, their introduction was put on hold.

The couple crossed paths once again and met outside a comedy club in Santa Monica. This time Bob noticed Naomi. The talent manager was a bit surprised at how her long-time crush suddenly noticed her. The smitten pair got along great, and shortly after, they walked down the aisle in 1997. Following that, the Odenkirk duo has been leading a happy family.

As mentioned above, Naomi is her spouse’s manager. Their career caused a strain on their marriage at first. Acknowledging the responsibilities of a manager, the Illinois native said he would want his partner to support his work no matter what rather than getting managed.

In July 2021, Bob collapsed on the set while filming Better Call Saul. The star’s spouse and other family members were away during the incident. But they rushed over to him immediately after finding it and Naomi was the primary support. Odenkirk could not recall what had happened. Having survived a life-threatening incident, the Better Call Saul star’s view on life has changed. The first thought the skilled performer had was, “I have to keep going. This is great.”

Bob Odenkirk’s Wife Is A Mother Of Two

Bob Odenkirk and his wife are proud parents of a son, Nathan Odenkirk, and a daughter Erin Odenkirk. The married duo welcomed their baby boy on 3 December 1998. Afterward, their baby girl arrived on 24 November 2000.

Bob Odenkirk’s son graduated from DePaul University with a Bachelor’s degree in Political Science, American Government, and Politics in June 2021. In addition, Naomi Odenkirk’s babyboy followed in his father’s footsteps and has already got some acting credits. He made his Hollywood debut at the age of five. The star’s baby boy has appeared in the TV series Rat Bastard, Hello, It’s Hobert, and Scrub.

Unlike her son, Naomi Odenkirk’s daughter prefers to live away from media scrutiny. She is a student at Pratt Institute, where she is pursuing a Bachelor of Arts degree in Critical and Visual Studies. Likewise, she has a double major in Psychology and Sustainability.

Altogether, Bob Odenkirk’s wife is a talented woman who has demonstrated her worth behind the camera for several years. Aside from her rocking career, Naomi is a devoted spouse and a loving mother. Let’s hope she continues to enjoy more success in the coming days, our best wishes are with her.