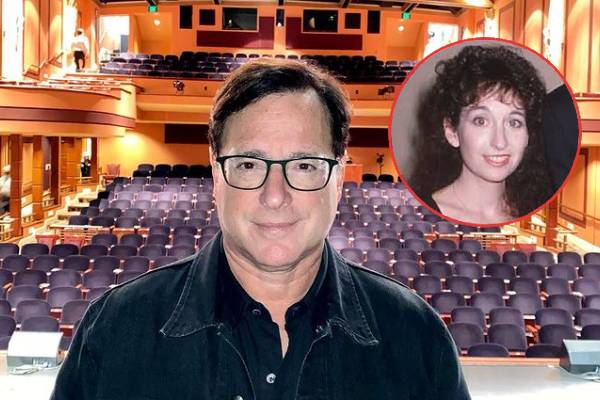 Robert Lane Saget was an American actor, comedian, and television host who rose to fame as Danny Tanner on Full House. Starting from the bottom and working his way to the top, the actor won the hearts of millions. At present, only a few do not know of or have not heard about the actor and comedian.

So, it is safe to state that the world came to a standstill when the news of the actor passing away made headlines on January 9, 2022. Family, friends, coworkers, and admirers worldwide mourned the death of the comedy legend who made us laugh with his dad jokes and unique sense of humor.

Bob Saget‘s death pushed his family members, who are devasted by his untimely demise, into the spotlight even though they are requesting privacy. Still, one cannot help but think about the family members and feel sorry for them. People are also interested in learning if the mother of his three children has made any comments about his demise.

So, let us learn about Bob Saget’s ex-wife, Sherri Kramer, in this article and find out what went wrong in their decades-long marriage.

Bob Saget and his ex-wife first met at Abington Senior High School in Abington, Pennsylvania. The actor was only 17 when he started dating his then-girlfriend, Sherri Kramer. After dating for almost a decade, Bob and Sherri tied the knot on May 16, 1982.

When the pair got married, Saget was initially rising to fame playing Danny on Full House. Sherri was a massive supporter of Saget’s career and, like any good companion, was always there for him in good times and bad. Furthermore, Kramer also helped write Bob Saget: In the Dream State in 1990.

As husband and wife, the duo frequently attended award ceremonies and events. However, the ex-partners kept their personal life and affairs hidden from the public eye, so much about their relationship remains a mystery to this day.

Also Read: Learn About Keryl Silas, Stephen Silas’ Wife, And Find Out If The Pair Have Any Children

Bob has three daughters in real life, much like he did on the iconic television sitcom Full House. Bob Saget’s ex-wife gave birth to their daughter Aubrey Saget in 1987. However, the events surrounding her birth almost killed Sherri.

The former wife of Full House star endured difficulty during labor, and the doctors decided to perform a C-section instead. Unfortunately, the epidural was placed incorrectly, and the medication entered the mother’s bloodstream. Following this, a nurse reported Sherri’s brain activity to be non-existent.

Miraculously, after six days in the hospital, Kramer and her baby were fine and allowed to leave the hospital. Despite the difficulties of their first pregnancy, the couple welcomed two daughters. Saget’s former spouse gave birth to their second daughter Lara Melanie Saget on October 16, 1989, and third daughter Jennifer Belle Saget on November 18, 1992.

The three siblings are very close and spend a lot of time with each other. Both Aubrey and Lara are talented artists and founded Studio 200, a traveling art exhibition collective, in 2013. There is no doubt that the kids have inherited their parent’s artistic talents. So, let us hope to see more of their exhibitions in the coming days.

Only a few couples are capable of maintaining their decades-long relationship. Not everyone is lucky in love, and many commitments falter and fade somewhere along the way. Even though Kramer and Saget were together for 15 years, their connection withered as the years went on. The former high school lovers then divorced on November 10, 1997.

While the reason behind their parting remains a secret, Bob Saget’s former spouse did cite irreconcilable differences while divorcing him. However, the late comedian later revealed that his drinking habits did contribute to their split.

After the divorce, their children moved in with Saget and formed a strong bond. In an interview with People, the Full House star described his daughters as the best people he knew. The late comedian went on to say that his children are the light of his life and that he considers himself privileged to be their father.

While the actor talked fondly of his children, he never publicly mentioned his ex-wife. Likewise, Sherri Kramer opted to stay away from the media after their separation. Nonetheless, in Saget’s book, Dirty Daddy: The Chronicles of a Family Man Turned Filthy Comedian, he did mention that he had a hard time moving on from his divorce.

Sherri Kramer’s Ex-husband Had Moved On

While Bob Saget’s former lover has vanished from the limelight altogether, the actor moved on with model Kelly Rizzo after staying single for a long time. The pair met in 2015 through mutual friends and hit it off from the start. After dating for a few years, the couple then exchanged wedding vows at Shutters on the Beach in Santa Monica, California, in 2018.

For the most part, the duo enjoyed a blissful life together, traveling to different places and partaking in fun activities. Bob’s daughters are close to their stepmother and even attended award functions. The family was close and spent a lot of time together, so the news of the Full House breakout star’s abrupt demise must have affected them terribly.

It’s never easy to say goodbye, especially when it leaves those left behind devastated. So, when Orlando’s emergency responders pronounced Bob Saget dead on January 9, 2022, it came as a shock to millions of admirers around the world. According to reports, Ritz-Carlton’s hotel staff found the comedian unresponsive in his hotel room. Unfortunately, the actor had already died by the time the police and fire departments arrived.

Saget’s widow and children have yet to address his death directly. Likewise, Bob Saget’s ex-wife has made no comments regarding his tragic death. However, Bob’s family issued a statement to confirm his death, expressing how much he liked performing and bringing people together through laughter.

Although the family of the Full House actor requested privacy, they did invite admirers to join them in honoring the love and fun that Bob provided to the world. While the circumstances behind Saget’s death are still under investigation, we pray that his family finds solace in one another during this difficult time.