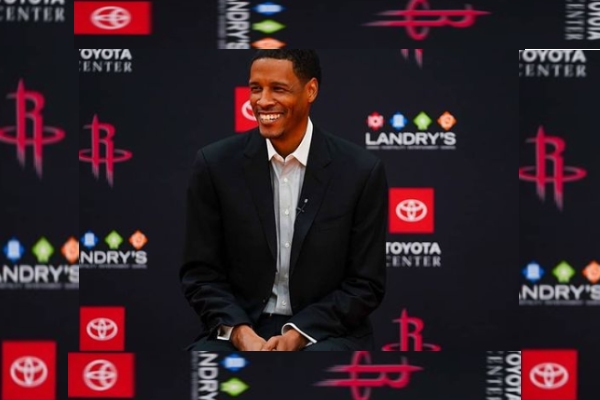 Stephen Silas is an American basketball coach currently serving as the head coach for the Houston Rockets of the National Basketball Association (NBA). Silas had also previously worked as the assistant coach of the Dallas Mavericks. This 47-year-old is the son of the longtime legendary NBA head coach Paul Silas.

Stephen’s career achievements have somewhat overshadowed his personal life. He is married to Keryl Silas, a former artist. Read the whole to know more about Keryl Silas, Stephen Silas’ wife since 2002, and a mother of two.

Keryl was born in Baton Rouge, Lousiana on November 11, 1978. She was born to American parents and she has kept their identity under a veil. Although the details of her parents are unknown, she has an elder sister named Kendall Watkins. Keryl has completed her undergraduate degree in Microbiology from Southern University. She also holds a Masters Degree in Education from the University of California.

Keryl’s family has been pretty close to the basketball scene. Her sister Kendall Watkins Phills was married to NBA player Bobby Phills. Unfortunately, Kendall had to become a widow due to Bobby’s death. Bobby died at the age of 30 in a car accident in Charlotte, NC.

May his soul rest in peace.

Stephen Silas’ Wife Keryl Silas Is A Singer And A Songwriter

Stephen Silas’ wife Keryl is a singer and a songwriter. She is known by her stage name Porsha, which was given to her by Master P. She co-wrote her single ‘Someday’ with Master P. Keryl also co-wrote with producer O’Del the song which was featured in the film Foolish “Nothing Stays the Same.”

Keryl later became known as Kay Jai and appeared alongside Snoop Dogg and Mia X in the music video for the song Slow Down. She has also opened shows for Regina Belle, Nancy Wilson, The Temptations, and Britney Spears. She has also created Clain It Production which encourages young minds to p[ursue their dreams.

Keryl Silas And Stephen Silas Are Parents To Two Children

The wonderful couple is parents to two young and beautiful daughters Kyler Elyse and Kaelyn. Stephen’s two daughters are still young, so there’s not much information about them. However, they do make an appearance time and again on their father’s game with their mother. The charming daughters have made Stephen and his wife’s life pretty lively. As an NBA coach, it must get hard for him to manage the time, that’s when Keryl comes in.

Stephen Silas’ wife Keryl has been an amazing mother to both Kyler and Kaelyn. It makes her an even wonderful woman that she is not letting anything hamper her daughter’s growth. Their secrecy on social media also adds up to privacy required for their better future. Let’s hope they grow up to become wonderful girls.