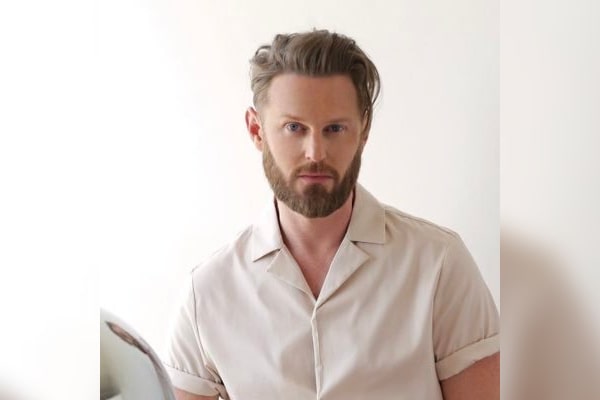 The renowned interior designer, entrepreneur, and reality TV personality Bobby Berk is of American nationality. He is also famous for starring in the Netflix series Queer Eye as the interior design expert. The talented personality has accomplished great success in his professional life.

There is no doubt that the entrepreneur’s fortune is big enough to make our jaws drop. Thus, in today’s article, let’s get to know Bobby Berk’s net worth and income sources in detail.

Bobby Berk Net Worth And Earnings

As mentioned above, the celebrity designer has accomplished a great height in his professional career. In addition, he is involved in multiple sectors and has amassed a hefty sum of money.

As per Celebrity Net Worth, Bobby Berk’s net worth is $6 million. Now, let’s further break down how Bobby amassed such a huge fortune to his name.

Earnings As An Interior Designer

Bobby was born in Houston, Texas, in 1981 and was raised in Missouri. Berk is gay, and he always felt out of place as he grew up in a small conservative town. So, he quit school and left his hometown at the age of 15. In 2003, the talented designer moved to New York City with only $100 in his pocket and a bigger dream in his heart.

After working at several companies, the TV actor started working at a high-end home furnishing company Portico. There, he climbed his way up, from store manager to buyer to creative director. However, that job also didn’t last long.

While working at the furnishing company, without any formal training, the famous personality single-handedly built the entire e-commerce division of Portico. When he left his job, he replicated the website he had created and made it his own by registering it under a new domain. He started to sell some products on the website, and it did really well. Afterward, the TV personality formed Bobby Berk Interior + Design, specializing in interior design services. Eventually, he launched stores in New York City, Miami, Atlanta, and more.

Some of Bobby Berk’s products are listed below, along with their prices.

Furthermore, as per Indeed, the average salary of interior designers is $61,219 per annum. Thus, the design expert must also make around that range. Nonetheless, looking at his successful design career, Bobby’s net worth being $6 million is no surprise. Hopefully, he continues to amass more fortune in the coming days.

Apart from interior designing, Bobby is also involved in the entertainment sector. He has appeared in several TV series, including Queer eye, Alexa & Katie, Big Mouth, Gay of Thrones, Loose Women, and Today.

Comparably reports that TV actors make an average of $97,791 per year in the USA. Hence, Bobby must also be earning a lot from his acting stints. In addition, Queer Eye is gaining a lot of popularity, and its casts are likely to make a huge sum. As per Cosmopolitan, the Fab Five were paid $7,500 per episode during the first two seasons of the show. Later after renewing another season, Bobby Berk’s salary, along with other cast, was speculated to have increased.

Aside from that, Berk and his co-stars also partnered up with Walmart.com in their exclusive home furnishings collection in 2020. Nonetheless, the Queer Eye star appears to be earning pretty pennies from his acting stints too. Therefore, Bobby Berk’s net worth is completely deserving.

The famous interior designer lives with his loving spouse, Dewey Do, in LA. The businessman paid $1.4 million for a home in the Los Feliz neighborhood. Shortly after, the millionaire listed the mansion for sale in October 2020 for $1.695 million. Moreover, Bobby Berk’s husband paid $2 million for a new home in Hollywood reservoir that housed three bedrooms and two bathrooms.

In addition, Bobby and his partner live a sophisticated life. We can take a glimpse of their luxurious lifestyle through their social media posts. Besides that, the Berk-Do pair love to travel to different places and make a lot of precious memories together.

Overall, Bobby Berk’s net worth is in multi-million dollars. He has earned it primarily from his career as an interior designer. Aside from that, he is involved in acting and other businesses. We wish the interior designing guru a more successful career ahead.