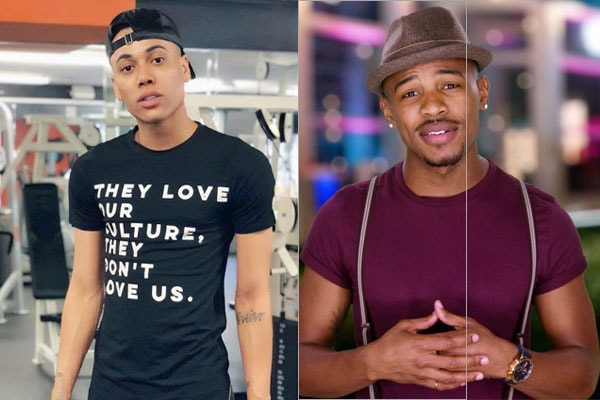 Break up of Bobby Lytes with ex-boyfriend Jeffrey

Rapper Bobby Lytes is the first openly gay LHHM star. Bobby Lytes was in a relationship with his ex-boyfriend Jeffrey “JT” White who also happens to be his business partner. They had been dating since 2015 and things between the two didn’t go as expected. They reportedly broke up in 2017.

The “Love & Hip Hop: Miami” star Bobby Lytes is someone who is taking on the world by storm. Well, we are not saying it, but Bobby states it himself that he’s here to change the world.

Bobby Lytes and his Ex-Boyfriend Jeffrey

As mentioned above, Jeffrey is not only the ex-boyfriend of Bobby Lytes but his business partner too. But no confirmations have been made yet after they broke up if they are still business partners or not. There had been some discomfort between the past couple before too. As Bobby would be occupied in the studio recording songs all day and they didn’t get enough time to spend with one another some inconvenience had risen between them.

Plus the fact that Jeffrey went with Malik Wiliams caused the crack between the ex-couple to open up more. Malik is Bobby Lytes’ ex-boyfriend’s former partner. There had been some exchange of heated words between Bobby and Malik regarding Jeffrey. It was somewhat of a love triangle between the three. It’s not that Jeffrey hadn’t got feelings for Bobby, in one of the episodes he admits that he loves Bobby truly, but alas the thing didn’t go as planned.

For Bobby, his ex-partner meant a lot as he was planning on taking their relationship to the next level. But not all things go as expected, do they? When fellow star from LHHM Miami Tip asked him about his relationship, he hinted that Malik could have been the reason for Bobby Lyte’s breakup with Jeffrey. Talking about LHHM, Chinese Kitty is also a significant part of the show and has an estimated Net Worth of $350,000.

Maybe Bobby misses his former boyfriend Jeffrey. But for the time being, LHHM star Bobby is enjoying his single life to the fullest. He does shows and events. Plus he recently posted a post in Instagram stating that his album “Oh God” is on presale. He stole the show when he wore a “Make America Gay Again” jacket to VMAs.

Nevertheless, only time will let us know if Bobby will get back with his ex-boyfriend Jeffrey or not.