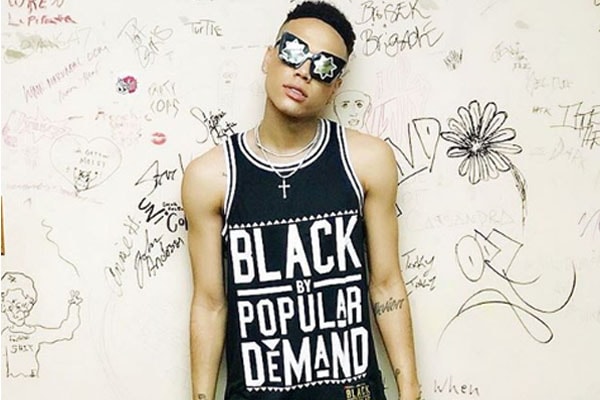 The LHHM star Bobby Lytes‘ Net worth is estimated to be $500,000. Bobby has earned his fortune from his career as a rapper and now a reality TV star of Love & Hip Hop franchise.

Bobby Nico Wade aka Bobby Lytes is an emerging rapper in the industry. He is also one of the LHHM’s first season’s most notable breakout personality. Along with that Bobby is also the first openly gay LHHM star plus his ex-boyfriend Jeffrey “JT” White is also the part of the show.

The talented Bobby is not only known for his music but also for his wicked dressing sense.

The “Get Ya Shine On” singer Bobby Lytes’ net worth is estimated to be $500,000. His source of income was his music but after being a cast member of the “Love & Hip Hop: Miami” show the salary from the show also contributes a substantial amount of money to his net worth.

As it is the first season of LHHM, so the earnings from the show have not been revealed yet. But looking at the dazzling Bobby, we are sure he must have taken home a cheque of five-figures at the end of the season.

As mentioned earlier Bobby’s main profession is rapping. He released “Make Some Money,” his first album in September 2014 and like the name of the album it must have made not just some but a lot of money. You can listen to Bobby Lytes songs on different media platforms like SoundCloud. Alongside that Bobby also is the limelight of various events. We are sure he charges a reasonable amount of money for his appearances.

The chunk of money he receives from his music and events also contributes to Bobby Lytes’ Net Worth.

Going through Bobby’s social media, we can see how much of a fancy and lavish lifestyle he tends to live. He flaunts and poses and doesn’t care about what people have to say about him.

After being an important cast member of the LHHM, Bobby fame and Net worth both took a sudden leap.