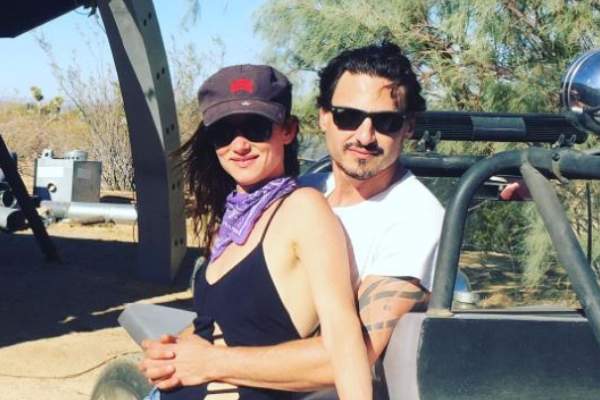 Brad Wilk was born in Portland, Oregon, on September 5, 1968. Those who are not fans of rock music might be wondering who he is. Wilk is known for being a member of several rock bands like Rage Against the Machine, Prophets of Rage, and Audioslave. He started his career back in 1990 as a drummer for Greta. He has earned immense fame and fortune to his name.

We discussed in brief about the instrumentalist’s professional life above. Talking about his personal life, he was previously married to Selene Vigil, and rumors of his relationship with the actress Juliette Lewis surfaced after their marriage ended. So were they dating, or were they just some baseless rumors? Is Julliette Lewis still Brad Wilk’s girlfriend, or have they already broken up? Let’s find out in this article.

What Is Going On Between Brad And Juliette?

It is not known when they started dating, but the duo began going public with their romance in 2016. In April 2016, a music source revealed to Page Six that they were a thing. The same month, she confirmed their relationship through several posts, including the one in which the pair shared a kiss while in Berlin.

Juliette first hinted at their blossoming relationship in March 2016 by posting a shirtless photo of the singer playing drums. She captioned the post with three heart emojis. Then, the same month, Juliette shared another shot of them saying, “me and the honey.”

Afterward, Brad Wilk’s girlfriend did not shy away from showing their affection on social media. She uploaded many adorable snaps of the duo cuddling in bed. On the other hand, Juliette Lewis’ boyfriend also showed his love and affection for her by posting a selfie wearing a souvenir shirt from The Juliette and the Licks tour, which contained her face on the front.

Similarly, the lovebirds were spotted a number of times in public, including one time when they were walking arm-in-arm in New York City. They also attended several red-carpet events, such as the premiere of The Irishman in October 2019, at TCL Chinese Theater, the LA premiere of Uncut Gems in December 2019, and others.

As mentioned earlier, before getting into a relationship with Lewis, Wilk was married to Selene Vigil. The former duo tied the knot in December 2005 and share two sons. Brad Wilk’s children with Selene are Luka Wilk, born in 2007, and Alexander Wilk, born in 2009. The ex-couple called off their marriage after she filed for divorce in 2013 due to alleged infidelity by the drummer with a woman in Las Vegas.

Brad Wilk’s ex-wife sought spousal support and primary physical custody. However, there was no activity in the case as they decided to reconcile and work things out. As per the new arrangement, she raised the kids while Wilk toured. Then, in 2015, they reportedly decided to divorce, but things seemed good once again after they went on a Christmas vacation.

Things took a turn when Brad started touring with Lewis’ band in early 2016. In May 2019, Selene filed to restart divorce proceedings claiming his and Juliette’s affair ended their marriage. As per the documents, he allegedly left for the tour with Lewis for many months. Vigil later discovered they were having an affair and blamed it for the fall of their marriage.

In late 2016, Selene Vigil’s ex-husband returned to LA and informed her about his desire to set up a mediation and booked an appointment in 2017. But, the mediation never took place. Finally, in November 2017, she realized she no longer wanted to continue the marriage and informed him about pursuing the divorce.

Are Brad And Juliette Still Together?

The lovely pair have broken up and kept their breakup lowkey. The reason behind their separation still remains unknown. Since August 2019, Lewis has not shared any pictures of them together on her social media. However, in December 2019, the former duo appeared together at an event.

Juliette Lewis’ ex-boyfriend is currently dating Pamela Love. It is not known when their relationship started, but the drummer shared their first picture together in February 2022. In May of the same year, Brad Wilk’s girlfriend announced the arrival of their baby boy, Atticus Wilk.

The family of three must be living a wonderful life. However, it is unknown whether Brad Wilk’s ex-girlfriend has found someone. But let’s hope she finds her soulmate soon. We wish both Brad and Juliette blissful days ahead.