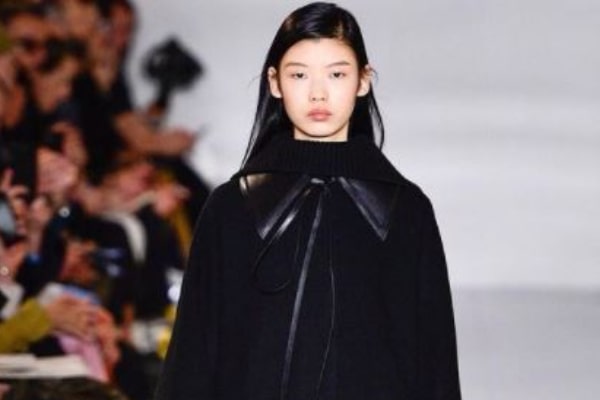 The dominance of the fashion industry has increased more than ever, and with this, it has opened channels for new young models into the industry. This extent of opportunity has given birth to amazing talents, and one of them is model Tang He.

Even though the modeling industry is full of opportunities, it also is a battleground for countless aspirants. In this battleground, it is already hard to sustain even if you have everything sorted out. And on top of that, Tang He representing an Asian ethnicity makes it even more of a stretch for her. Defying all odds, she has managed to make a successful career in the fashion industry. Her success hasn’t come easy, so we have put together some interesting facts about her that may take you by surprise. So stick to the end of this article to find out some quick facts about model Tang He.

Tang He Is Of Chinese Origin

If you are here, you must be familiar with the name Tang He. This emerging model that took the whole fashion industry by surprise is of Chinese origin. This model has turned this disadvantage into an opportunity to stand out.

The twenty years old model of Asian ethnicity has made her name in this game, while there is a very low representation of Asians in the industry. This is a confirmation that Tang He is extremely hardworking and talented.

Tang He was just 16 at the time, but she had already gained thousands of fans in her homeland along with an avid fan club on the Chinese microblogging site called Sina Weibo.

In one of her interviews, Tang mentioned that New York and Paris were her favorite travel destinations. Tang likes Paris better cause that place is full of love and peace, while New York is beautiful but busy.

She loves to sit on the streets of Paris and chat with her friends. Another reason for her love for Paris is the desserts there.

ALSO READ: Here Are 5 Facts About The Emerging Model Giselle Norman, Including Her Family

Tang is a big fan of desserts and especially cheesecake. She also loves sugary bun stuffed with shredded coconut.

She loves desserts from Paris. She not only has a thing for desserts but also for baking. In fact, she dreams of being a baker after she is done with modeling.

This model, who has been called chameleon for her ability to flaunt any style, has also been featured on Meet the Top 14 Models of Fall 2019 by Vogue. This was after she had already walked for over 30 shows, including Dior, Off-White, and Dolce and Gabbana.

She was also featured in PopSugar’s 23 Models You Need To Know In 2019.

No wonder she has struggled a lot to be where she is. Tang He has already reached a height in this industry and is showing no sign of struggling. We wish her the best of luck.