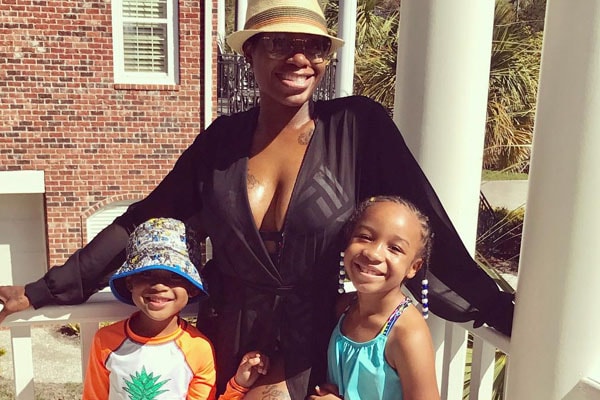 American singer and actress Fantasia Barrino has had a successful singing career, to say the least. Having risen to fame at the young age of nineteen after winning the prestigious American Idol, she has gone on to release multiple hit songs and albums, with her debut album Free Yourself being certified platinum. Married to Kendall Taylor, she also has two children, both of which are from different fathers: Brandel Shouse and Antwaun Cook.

Fantasia started dating Brandel Shouse while the two were still in high school. Fantasia got pregnant at that time and the couple gave birth to a daughter named Zion Quari Barrino. Fantasia has been taking care of her on her own since 2003 as she split up with Brandel. Brandel filed a lawsuit against her, wanting custody of their daughter but it was eventually denied.

The “When I See You” hitmaker Fantasia was also in a relationship with Antwaun Cook, but the problem was he was already married at that time. Cook’s wife Paula even filed a lawsuit against her, but the case was eventually settled and all the parties have moved on. Their relationship did result in the birth of her son Dallas Xavier.

Fantasia dated Brandel Shouse back when she was in high school. The two went to the same school and ended dating as well. Their relationship resulted in the birth of their daughter Zion Quari Barrino on August 8, 2001. The couple eventually broke up in 2003 amid rumors of domestic abuse.

Their relationship had many ups and downs over the years and it again came to a head in 2014 when Brandel filed a lawsuit claiming custody of their daughter who had been living with Fantasia. His claim was denied by the judge. he also pleaded guilty of physically abusing Fantasia back in 2003.

Their relationship did result in the birth to Fantasia’s second child, a son named Dallas Xavier Barrino. Her son is six-years-old and lives with his mother.