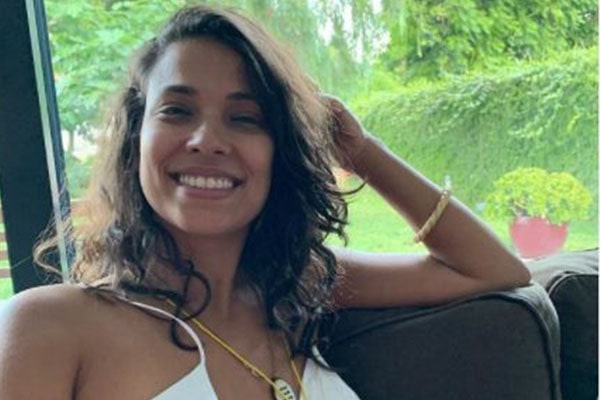 Ronaldo Luis Nazario de Lima, commonly known as Ronaldo, is a Brazilian retired professional soccer player, business owner, and president of La Liga club Real Valladolid. Considered one of the greatest soccer players of all time, Ronaldo played as a striker for Brazil and clubs like Cruzeiro, PSV Eindhoven, Barcelona, Inter Milan, Real Madrid, A.C. Milan, and Corinthians. Furthermore, in his illustrious career, he had been named FIFA World Player of the Year thrice and won Ballon d’Or twice.

Apart from his exemplary soccer career, Ronaldo has also gained abrupt success in business ventures. However, his love life does not seem to be that successful. Ronaldo, who is in a relationship with Celina Locks since 2015, has been married three times. But unfortunately, all his marriage failed after certain times. Fans are curious to know more about his former partners and the reason behind his failed marriages.

So, today, let’s get to know Brazilian Ronaldo’s ex-wife Maria Beatriz Antony and information about her whereabouts.

Is The Third Wife Of The Soccer Player

As stated earlier, Brazilian Ronaldo has been married three times in his life. He got married to his first wife, Milene Domingues, in April 1999. Their marriage lasted for four years, and they have a son, Ronald Domingues Nazário de Lima, who was born in 2000. After the divorce from Milene in 2005, Ronaldo got engaged to MTV VJ and Brazilian model Daniela Cicarelli. However, three months after their lavish engagement party, the former couple separated.

After two unsuccessful love life, Ronaldo gave another chance for the relationship. Following the separation with Cicarelli in January 2007, he began dating Maria Beatriz Antony. And a year later, the duo got engaged. However, they had a brief separation due to a travesti prostitute scandal. But they eventually reconciled and tied the knot. However, details regarding their marriage have not been revealed.

As stated earlier, Maria and Ronaldo were married for seven years. During their conjugal life, the now ex-pair welcomed two daughters. Their firstborn is Maria Sophia Nazário de Lima, born in December 2008 in Rio de Janeiro. Then a year after the birth of their eldest kid, they moved to a new penthouse in São Paulo.

Two years after the birth of their first daughter, Ronaldo’s former wife Maria gave birth to their second kid. Well, the now-divorced pair’s second daughter, Maria Alice Nazário de Lima, was born in April 2010. Following their separation, the ex-duo might have shared the custody of their daughters and are raising their daughters with great care.

Got Married For The Second Time

Following the divorce, Maria and Ronaldo moved on in their respective lives. Ronaldo began dating Celina Locks and is living a happy life with her. As for Ronaldo’s former partner, Maria Beatriz Antony married businessman Marcelo Ciampolini. They exchanged the vows at a church in front of their relatives in August 2014. Their marriage is going strong, and Antony sometimes posts cute pictures of them on her Instagram.

Furthermore, Maria has two children with her second husband. Her first child with Marcelo is a daughter, Maria Julie Clampolini, born in April 2016. Their second child is a son named John Clampolini.

As many can expect, Maria prefers a private life, as she posts less about her children and personal life. So, much information regarding Maria and her life with beau Marcelo has not been revealed yet.

Going through Ronaldo’s ex-wife, Maria Beatriz Antony’s Instagram, we can see that she campaigns about greenery and conservation of natural habitats. She also has a Linktree, where she has included links to various campaigns like Support the Imagine 2030 Festival, Feminist Mistress Guide, and various others. She uses her social media platform to explain the importance of indigenous tribes, conservation, greenery, and many more.

Although Maria has gained fame as the ex-wife of Brazilian soccer player Ronaldo, she prefers to live a simple and healthy life. But one thing is sure, Ronaldo’s ex-partner, Maria, is doing great for herself.