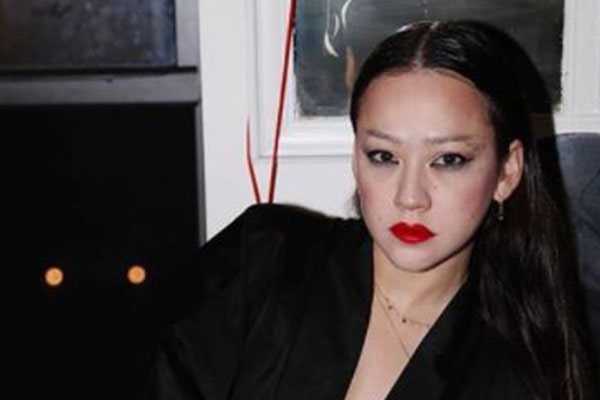 Takeru Kobayashi, born in Nagano, Japan, is a competitive eater. He is famous as a six-time champion of Nathan’s Hot Dog Eating Contest. He is also credited for making the sport of competitive eating popular around the world. Kobayashi has participated in several competitive eating competitions and has won various awards and accolades. Besides winning numerous eating-related competitions, Takeru has also set and broken four Guinness Records.

The 43-year old competitive eater, Takeru, has amassed immense fame and wealth from various competitions that he has participated in and several other ventures. He is currently in a happy marital life with Maggie James (or Yukako Maggie James). For now, let’s learn more about Takeru Kobayashi’s wife Maggie James and their love life.

As stated earlier, Takeru Kobayashi shares a blissful marital life with Maggie James. They dated for few years before getting married. The details regarding the exact year when they began dating are unknown. However, they got married in January 2017 and the married pair announced that they got hitched under the Barack Obama administration.

Furthermore, while announcing their marriage, Takeru’s partner, Maggie, also wrote that they got hitched one hour before Donald Trump became the president of the USA. As of 2021, they’ve been married for 4 years, and their marital life is going strong. However, the lovely couple does not have any children yet. But hopefully, we get to hear some good news in the coming days.

Takeru Kobayashi’s Wife Is Also His Manager And Translator

Maggie James and Takeru Kobayashi have been married for quite a long time now. Just like other wives, she is also supportive of her husband’s works. But Maggie is not just his wife but also his manager and translator.

Maggie has spoken as Takeru’s translator and manager in various issues. In 2010, he attended the Nathan’s International Hot Dog Eating Contest as the spectator. However, he was arrested after he climbed up the stage after Joey Chestnut won the competition. He was charged with trespassing, obstructing government administration, and resisting arrest. Maggie explained the situation later to the fans and media and spoke on behalf of him.

Is Engaged In Multiple Profession

Takeru Kobayashi’s spouse, Maggie James, is famous as his manager and translator. Apart from that, she is also engaged in various other professions. Maggie serves as cultural and programming manager at the Ace Hotel Kyoto. In 2019, she and her husband moved to Kyoto from New York due to her job. In an Instagram post, she mentioned that she enjoys her time in Kyoto.

Besides that, in her Twitter description, Maggie has also mentioned that she also works as a brand consultant. Furthermore, she promotes a chocolate brand named Haute Chocolate Brooklyn, on her Instagram. She must have made considerable income from her professions.

Accompanies Her Husband To Various Functions And Competitions

As stated earlier, Maggie James and Takeru Kobayashi’s marriage is going strong, and both of them are deeply in love with each other. The lovely pair make several public appearances together. In 2019, they attended the World Premiere of The Good, The Bad, The Hungry at BMCC Tribeca Pac in New York.

Apart from this, the lovely pair of Takeru and Maggie also attend various other events. During the eating competitions too, Maggie is present to cheer him up.

Maggie James is currently living a happy and comfortable life with her husband, Takeru Kobayashi.