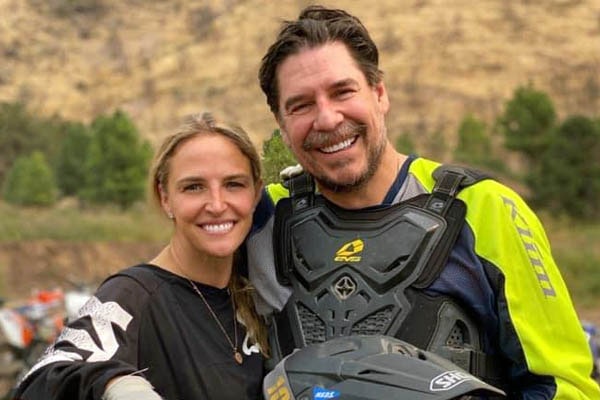 Marcelo Claure, originally Raul Marcelo Claure, is a famous Bolivian-American businessman and technology entrepreneur. The former CEO of the Sprint Corporation, which later merged with T-Mobile USA, Claure, currently holds the position of CEO of Softbank Group International. Moreover, he is also the company’s COO and oversees its operations and strategy in collaboration with the Japanese billionaire entrepreneur Masayoshi Son. He oversees portfolio companies including Arm Holdings, Fortress, Boston Dynamics, and WeWork.

The founder of the largest Hispanic-owned wireless services company, Brightstar, Marcelo Claure has been married to Jordan Engard since 2005. Here, we will be tailing some unknown facts on Marcelo Claure’s wife, Jordan Engard. So, stay with us to the end of this article to be familiar with beautiful Mrs. Claure.

The successful entrepreneur Marcelo Claure married twice in his lifetime. Before marrying Jordan Engard, Claure was in a marital relationship with Patricia Lara Claure, whose details are kept secret. The only information known to the media about Marcelo Claure’s ex-wife, Patricia, is that they were in a marital relationship till 2004. However, they seem to have separated few years before their divorce as Claure was already dating his current wife, Jordan, from early 2000.

After separating officially from his first wife, Marcelo Claure wed his long-time girlfriend, Jordan Engard, on 10 December 2005. Claure looked handsome in a black suit while his bride, Jordan, looked striking in a white wedding gown at their private marriage ceremony. The beautiful married couple is rejoicing their life together since then.

Furthermore, Marcelo Claure’s wife, Jordan Engard, often accompanies him to public events. The pair never hesitates to show their love and appreciation for one another in public. Seeing Claure and Engard’s attachment, it seems like the businessman is content with his second marriage, unlike his previous one.

The gorgeous wife of businessman Marcelo Claure, Jordan Engard, is a doting mom of four beautiful daughters. Among her four daughters, with Marcelo, Bela Marta Claure, Savannah Celeste Claure, Mia Claure, and Siena Claure, Mia is the youngest one, and Siena is the eldest. Their first-born, Siena, officially became a teenager on 2 April 2021. All four of their daughters attend private school locally.

Besides being a mother of four girls, Jordan is a step-mom to two kids from her husband’s previous marriage. Her step-son, Nico Claure, and step-daughter share a great bonding with her and her daughters. The happy family of eight often go for family trips together to several destinations worldwide during their vacations. Marcelo often posts pictures of them having quality time together on his social media pages.

Currently, Jordan Englund and her family reside in their New York-based home. They also have a house in Mission Hills and Miami, which they visit during their holidays.

Marcelo Claure’s wife, Jordan Engard, is an athletic woman. Engard, with her husband, Marcelo, is keen on taking part in various athletic events, which often takes place around her area. The married duo regularly participates in marathons and other similar events to keep themselves refreshed and for a social cause.

Besides, Jordan Engard shares a love for soccer and riding dirt bikes with her husband Marcelo. Though she does not ride dirt bikes like her partner, she always attends the events participated by her beau. Moreover, Engard enjoys going hiking, ice-skating, and sea-surfing with her family.

Donated Kidney To Save Her Dad’s Life

The kind-hearted lady, Jordan Engard, donated her kidney to extend her beloved father’s life on 1 June 2016. Her proud husband, Marcelo Claure, announced the news via his Twitter, and Facebook mentioning her as his idol for her loving act. Dr. Gartano Ciancio performed the surgery at the Jackson Memorial Hospital at the University of Miami.

Today my wife is my idol as she donated her kidney to extend the life of her father.
Hoy… https://t.co/gMnOtUd7TC pic.twitter.com/4DnrIYxJnE

A spokesman for Marcelo Claure confirmed later that the surgery was successful and both Engard and her dad were recovering well. Medical experts claim that a kidney from a living donor improves the receiver’s outcome. Engard must be proud that she got a chance to extend the life of her dear dad.

Besides, the generous spouse of Marcelo Claure, Jordan Engard regularly takes part in Kansas City’s philanthropic community ever since she moved there with her husband in 2015. A year before Engard donated her kidney, she and Marcelo co-hosted the annual fundraising dinner organized by the Metropolitan Organization to Counter Sexual Assault. The couple helped to raise $689K, 144% above MOCSA’s goal.

Jordan Engard is currently living a happy life with her loving husband, Marcelo Claure, and their six children.