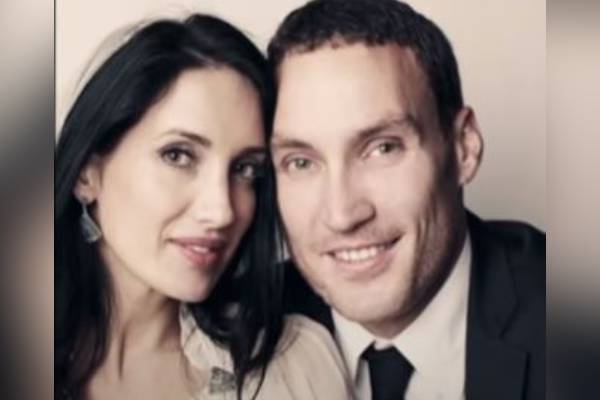 Callan Mulvey is a well-known Australian actor who was born in Auckland, New Zealand. Born Callan Francis Mulvey, Callan gained immense popularity from his roles as Bogdan ‘Draz’ Drazic in the popular Australian television program Heartbreak High. Apart from this, he has acted in several other films and television series. Not only in Australia, but he has also gained immense fame through his performance in various Hollywood masterpieces like Avengers: Endgame, Captain America: The Winter Soldier, 300: Rise of an Empire, and Batman v Superman: Dawn of Justice.

Callan has accumulated massive wealth and fame through his roles in numerous Australian and Hollywood series and movies. Apart from his exemplary acting skills, he is a loving partner and a doting father. He is happily married to Rachel Thomas, and together they have a son named Charlie Mulvey.

Callan is also known as one of those actors who prefer to live a private life. His personal life is a mystery, and many of his fans are curious to know about Callan’s partner Rachel and their child.

So, let’s learn more about Callan Mulvey’s wife, Rachel Thomas, and her whereabouts.

Dated For A Long-time Before Tying The Knot

Aforementioned, Callan Mulvey shares a blissful marital life with Rachel Thomas. Their beautiful love story started in 2002 when they met with each other for the first time. The now-married pair met when he moved to Byron Bay to focus on music. They remained friends for a while, and their friendship blossomed into undeniable romance, the same year Callan got into a severe car accident.

While Callan was in Melbourne to film Rush and Thomas based in NSW, they survived a long-distance relationship. Later, he proposed to his long-time girlfriend while they were enjoying their holiday in Bali. The lovely couple exchanged vows in November 2010.

Callan Mulvey and Rachel Thomas’s pair is still going strong in their marital life, and they are so much in love with each other.

Is A School Teacher

According to various sources, Callan Mulvey’s partner Rachel Thomas is a school teacher and musician. Due to her preference for private life, it is not clear where she works and what subject she teaches. She prefers life away from the spotlight, because of which details about her profession are unknown. She might be doing well professionally, and it seems like her husband is supportive of her profession.

Callan Mulvey And Rachel Thomas Have A Son Together

Callan Mulvey and Rachel Thomas have been married to each other for a decade now, and their marital life is strong and they are happy. The duo has a son together. Callan Mulvey’s wife, Rachel, gave birth to their son in 2004, six years before tying the knot with each other. Callan and Rachel’s son, Charlie Mulvey, is their only child.

The duo, who were living together since they began dating, are raising their son with great love and care. Rachel is a doting mother and seems like she enjoys motherhood.

This is one of the many public appearances made by Rachel with her husband. She is a supportive wife and encourages her husband to do better.

Son Was The Ring Bearer At Their Wedding

Callan Mulvey’s spouse, Rachel Thomas, is a doting mother and a loving partner. After dating each other for a long-time, they decided to get married. Aforementioned, they tied the knot in November 2010. The lovely pair exchanged the vows in an intimate ceremony attended by 25 guests.

The ceremony was held in the Byron Bay hinterland. Rachel’s son with Callan Mulvey, Charlie, was their ring bearer. He was six years old at that time, and he wore a little pin-striped suit. Rachel also looked stunning in a lace-edged veil and a dusty pink 1930s vintage gown. Callan and Rachel had an incredible wedding.

Rachel Thomas’ Husband Was In A Severe Car Accident

Just a year after meeting each other for the first time, Rachel’s now-husband Callan got into a severe car accident. The accident happened near Byron Bay on New Year’s Eve in 2003. It was a head-on collision at 100 km/h. Following the accident, his body’s left side was completely crushed, and he permanently lost the vision of his left eye. Callan sustained a severe injury that took time to recover, and he had to face months of treatment.

Callan had a full facial reconstruction. Rachel stayed by her husband’ss side throughout the treatment and recovery period.

Despite the immense fame, Callan and his wife prefer to live a life away from the media and spotlight. Thomas does not seem to be active on social media, due to which much information about her is unknown.

But we can hope that Callan Mulvey’s wife, Rachel Thomas, is doing great for herself.