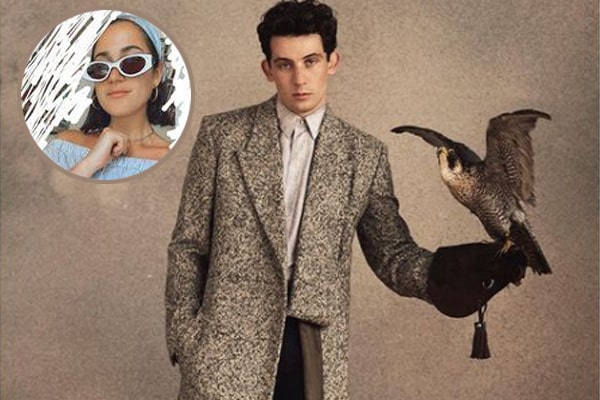 Josh O'Connor is famous for his role in God's Own Country. Image Source: Instagram/joshographee.

Josh O’Connor is a British actor most famous for his work in God’s Own Country, The Crown, And The Durells. He is also a two times recipient of the British Independent Film Award for Best Actor graduated from the Bristol Old Vic Theatre School in 2011- at the age of 21.

Many of you might want to know about the relationship status of this thirty years old actor who is one of the most eligible bachelors in the United Kingdom. This article holds information about Josh O’Connor’s love life and relationship. Stick to the end of this article cause this may take you by surprise.

Josh disclosed this relationship by sharing their picture on one of his social media handles.

Who is Margot Hauer-King?

Margot went to St.Paul’s Girls School in London and graduated from one of the most prestigious Ivy League colleges- Brown University.

ALSO READ: Whitney Simmons Is Engaged, Look How It Went Down. Plans On Marriage?

Any Signs Of Marriage?

Actor Josh O’Connor prefers being quite secretive about his personal life. So the big reveal by himself might mean that the thing between Josh and Margot is pretty serious.

One of the very close friends of Josh stated,

This doesn’t just end here. Josh, on the occasion of his 30th birthday, revealed that he plans to move out of the city. This certainly will be a big decision for the couple, especially for Margot. So we can predict that the couple is planning to get hitched before they move out of the city. Also, his near and dear ones speculate that Josh will get down on one knee pretty soon.

Before having a relationship with Margot, Josh O’Connor was involved with actress Hannah Murray. You will probably get a better picture of her as Gilly in the American fantasy drama television series, Game of Thrones.

Josh O’Connor’s ex-girlfriend, Hannah Murray, graduated from Cambridge University. After that, she pursued acting as her career and landed wonderful roles in exceptional movies and series. John O’Connor and Hannah Murray even starred together in the movie Bridgend, a movie based on a mysterious suicide cluster in Bridgend County. They came pretty close since the shoot of this movie.

But destiny had something else for them. The relationship between Josh O’Connor and Hannah Murray did not work out, so the pair decided to split up. The main reason behind the couple parting their ways is unknown yet.

Let bygones be bygones; Josh has already found the one and is only a few steps away from popping out the question. If everything goes right, he will soon tie the knot with the daughter of a millionaire, our best wishes to the couple.