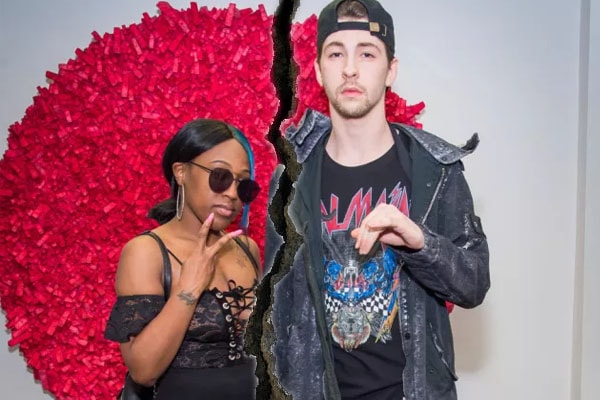 American reality TV star Brittney Taylor has had a tumultuous love life as of late, engaging in troublesome relationships in recent times. But as of now, she doesn’t have a boyfriend after breaking up with her previous boyfriend Dex Lauper. And that relationship didn’t end on good terms as Brittney has openly accused Dex of abusing her physically as well as racially.

Brittney, who stars in the VH1 reality TV show Love & Hip Hop, had been dating Dex for some time now. However, during a recent Instagram story, she claimed that her then-boyfriend Dex Lauper had abused her both physically and racially, calling her a black bitch and even verbally abusing her mother. She also blames Dex for suffocating her and trying to break her teeth.

After the accusations made by Brittney, Dex, who is the son of popular singer Cindy Lauper, took to Instagram himself and denied having ever abused her former girlfriend, even going on to say that females will say anything they want to stay relevant. Dex also revealed that he prevented her from getting arrested by the cops on several occasions. These accusations have led to the two’s breakup being highly publicized.

Brittney Breaks Up With Dex, Accuses Him of Physical and Racial Abuse

Brittney, who is a successful singer as well as a reality star, had been dating Dex for the better part of 2018. But the two are no longer together and Brittney posted an Instagram story where she detailed the reason behind their breakup, blasting her ex-boyfriend in the process.

Brittney stated that Dex was an abusive partner and always downgraded her during their relationship. She accused him of physically beating her and even trying to break her teeth. She further detailed that he racially abused her and her mother for being black and cheated on her with multiple women. 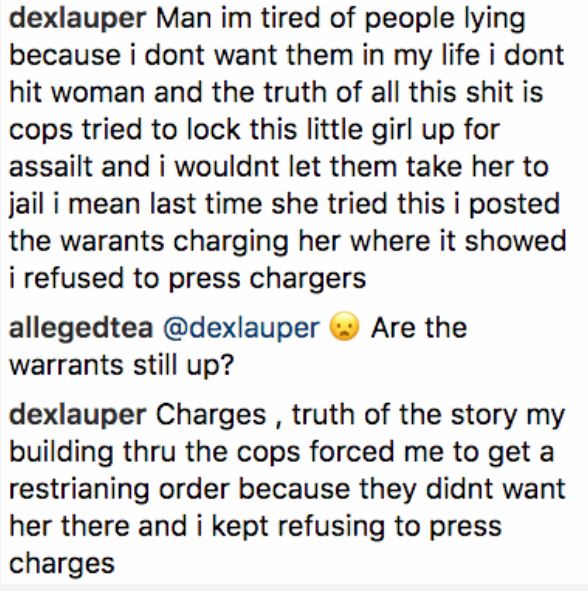 dex further went on to say that she was the one who was abusive in the relationship and he had to prevent the cops from arresting her on several occasions. Blaming her for being attention seeking, he further went on say that he refused to pressed charges against her.