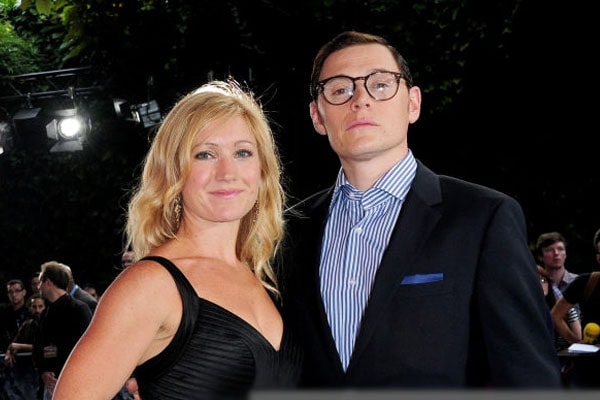 Actor Burn Gorman was born on the 1st of September 1974 in Los Angeles, CA. Burn is a proud father of three children. His children include a son named Max Hugh Gorman and two daughters named Nell Gorman, and Rosa Gorman. Burn had all his three kids together with Sarah Beard.

Veteran actor, Burn gained fame as Dr. Owen Harper in the BBC series titled Torchwood. Not only that but, the actor has also showcased his talent through fan-favorite movies including Dark Knight Rises, Pacific Rim, Johnny English Reborn, and Bleak House.

The excellent Hollywood actor, Burn got married to his wife Sarah Beard on the 17th of July 2004. As mentioned earlier, the former couple has three kids together. Burn Gorman’s son Max was born back in 2006, and his daughter Nell was born later on 25 January 2009. The couple welcomed their third child Rosa Gorman in September 2014.

Even though Burn Gorman’s wife had her own private life, she still managed to accompany her husband to his movie premieres and other events before. Sarah even joined him to the European premiere of Pacific Rim in Southbank, London. Some sources claim that she is a school teacher by profession.

There is absolutely no doubt that the talented actor is quite shy to share his private life with the media. Burn Gorman’s family live a very low key life away from the media limelight. There were even rumors that Burn and his wife Sarah split in 2017. However, the news has not been confirmed by the actor yet.

As mentioned before, Burn was born in LA, California to English parents.  Burn Gorman’s father was a professor of linguistics at the University of California in Westwood. However, the name of his parents hasn’t yet been revealed to the media.

At the age of seven, the actor moved to London with his family. There, Gorman began to take acting classes. He trained at Manchester Metropolitan University’s School of Theatre.