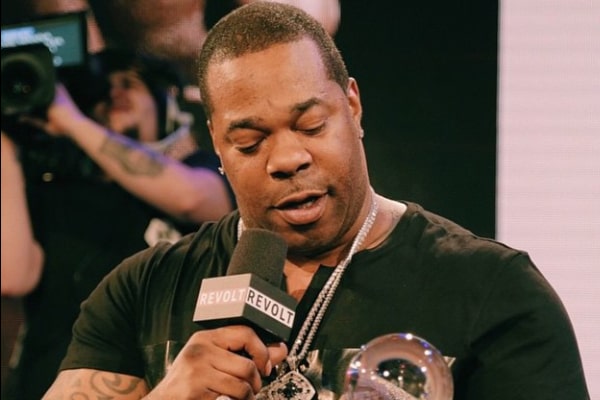 Busta Rhymes' baby mama, Joanne Wood is living a peaceful life out of the limelight since their feud ended back in 2006. Image Source: Rhymes' Facebook.

Born on May 20, 1972, Trevor George Smith Jr. is better known as Busta Rhymes, the rapper. The American musician, singer, record producer and rapper, Busta is known for his eccentric fashion sense and insane rapping technique.

The 11 times Grammy nominee, Busta has earned his name well in the music industry. But he is equally famous for his infamous relationship with his childhood sweetheart and baby mama, Joanne Wood. Let’s take a tour of Busta Rhymes’ ex-girlfriend, Joanne Wood’s life.

Who Is Busta Rhymes’ Ex-Girlfriend And Baby Mama, Joanne Wood?

Relationships are as complicated as recognizing one’s sexuality. They both need critical thinking and deep understanding. Thus, if a person tends to unsee situations, things may turn bitter. This is what happened between The Coming singer, Busta Rhymes, and his ex-girlfriend, Joanne Wood.

Joanne Wood, the mother of three children with Busta Rhymes, is a mystery. She exists in the world but not for the world to see her. Rhymes’ ex-partner is applying every measure to keep her details grounded and is leading a peaceful life out of the media limelight.

Since the couple’s history dates back to their high school years and the years-long relationship had a shallow enclosure, there is no point in occupying the headlines even today. Therefore, we do hope that Busta Rhymes’ ex-girlfriend, Joanne is living a healthy life.

Failed Proposal; Not Once But Thrice

Aforementioned, Busta Rhymes and Joanne Wood’s history goes back to their high school days. The couple was a complete opposite since the star, Busta was still called Trevor during those days and was a rough wannabe rapper. On the other side, Rhymes’ ex-girlfriend, Wood, was a modest girl.

Despite the differences, the couple dated for quite some time overlooking their short-comings. Rapper, Busta, proposed his former sweetheart on three different occasions. The answer was always a “Yes!” However, destiny played dirty in their case as the couple never made it down the aisle.

Although it was rough, the couple went from high school sweethearts to parenting three children.

The former couple, Busta Rhymes and Joanne Wood, could not make it to the aisle, but they sure enjoyed the parental bliss. Rhymes’ baby mama, Joanne, gave birth to three adorable children throughout their decade long relationship.

Rhymes’ eldest son, T’ziah Wood-Smith, was born on February 26, 1993. Today, he has grown up into a fine man and became a professional basketball player. He currently plays for Quinnipiac Bobcats men’s basketball.

Likewise, Busta and Joanne Wood’s second child, T’Khi Wood-Smith, was born in 1999. He is an aspiring football player and prefers a private life like his mother, Jonne.

Busta Rhymes’ youngest son, Trillian Wood-Smith, was born in 2001 and is most likely to follow his father’s footsteps to the world of music. It is believed that offsprings bring two people closer than ever, but Busta Rhymes and Joanne Wood could not make it to the universal case.

As mentioned a gazillion times, Busta and Joanne were together since their high school years. They were together when Busta was just Trevor, a ghetto guy dreaming of busting the Billboards. Thus, it makes sense for them to end up together and have happily ever after. Right?

Wrong. The world would be a peaceful place if everything went according to our plans. Likewise, the aspiring rapper was gaining fame but losing his credibility in the relationship. It was falling apart along with Busta’s career hype.

Rapper Busta Rhymes’ career took off alongside his bandmates of Leaders of The New School in the early 90s. Fame and success, it’s never easy if it gets into one’s head. As Busta’s career was making a significant curve, relationship with ex-girlfriend, Joanne Wood, was straining to the point that they began seeing other people.

Rhymes’ ex-girlfriend even admitted that she cheated on her husband but cleared that it was not a woman.

Custody battles are the worst case that parents face. The whole process is traumatizing itself, but it becomes more upsetting when the private affair becomes public.

Busta Rhymes and Joanne Woods had a nasty custody battle that lasted for four years. The legal procedure was exhausting, but it became loathsome when Busta Rhymes decided to address his baby mama inappropriately.

CONGRATS 2 @UsherRaymondIV on the custody battle. As a father that won custody of my kids I understand what that truly means! #Saaaaalute!

Busta Rhymes’ ex-girlfriend, Joanne Wood, came out as a lesbian. The songwriter, Busta, loathes Wood for leaving him for a woman, and it had hurt his ego. Although we may think Busta’s fury is understandable but does spending a fraction of life with Joanne allows him to defame her publicly?

Aforementioned, Joanne Wood clarified that she never cheated on Busta with a woman, but she was also quick to mention that he had to learn, especially from the ‘man-b$tch lesbian.’  She believed that the profanity she received was because she was a lesbian and not a bad mother.

As of now, both Busta Rhymes and Joanne Wood are leading completely separate lives. Interestingly, rapper, Busta Rhymes, has daughters from different baby mamas as well..

Let’s hope Busta Rhymes’ ex-girlfriend, Joanne Wood has made peace with her former partner and has forgotten their feud.