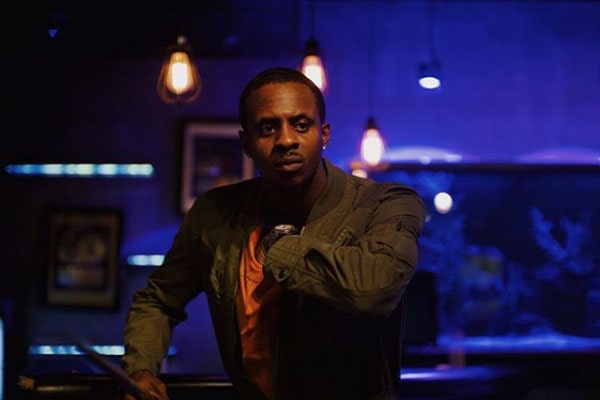 Busta Rhymes is a proud father of his children and among them, T’ziah Wood-Smith is Busta Rhymes’ eldest child of all whom he had with his baby mama, Joanne Wood. He was born on Feb 26, 1993, in Garden City, New York. As most of the people already know, T’ziah’s dad is a famous rapper, musician, singer, record producer, and actor who has gained great success in his career.

As for T’ziah’s siblings, he has two brothers and half-sibling; T’Khi Wood-Smith, Trillian Wood-Smith, Mariah Elizabeth Miskelly, Cacie, and Miracle. The siblings have great love and bonding with each other. So, without wasting time, learn some facts about Busta Rhymes’ son, T’ziah Wood-Smith which are presented down below.

Busta Rhymes’ Son Is A Business Broker In Phoenix Financial

According to LinkedIn, T’ziah Wood-Smith is working as a Business Broker in Phoenix Financial and joined the firm in 2017. Since he studied Bachelor of Science (B.S.) in Marketing, he went into the line of business and finance. Busta Rhymes’ kid chose a different career and made his family very proud of him.

It looks like T’ziah has a fulfilling salary and earnings. He is probably satisfied with his job at the moment. Perhaps, he will get a promotion in the coming years with a promising salary.

Since he played basketball while he was in college, the odds for T’ziah to be a basketball player is also great. Nevertheless, he is currently a Business Broker in Phoenix Financial.

Busta Rhymes’ son graduated from Quinnipiac University in 2015. As mentioned above, he studied Bachelor of Science (B.S.) in Marketing. Busta Rhymes was there to watch him, graduate. He was very happy for him as it was the proudest moment that his oldest son graduated from college. He also posted a photo with T’ziah on his Instagram too.

T’ziah probably inspired all of his siblings as well. As just like that, his brothers and half-sister also graduated from their respective universities.

The proud dad, Busta Rhymes, threw a grand grad party at the dance club, Space Ibiza, for his son. Some sources even said that Swizz Beatz performed at the party along with Fetty Wap. The graduation party was a memorable one for T’ziah because Busta also made a heartfelt speech saying, “I am the luckiest father on Earth tonight.”

T’ziah must have been very much excited about the party, and he must have enjoyed it to the fullest. Busta Rhymes did give him the best surprise after T’ziah graduated from the university. T’ziah will possibly never forget this graduation party, and it also shows that the father and son’s love for each other is impeccable.

The whole custody and legal process are very traumatic, and the worst time a person can go through. T’ziah’s parents fought for the custody of their three boys. The battle heated up when Rhymes decided to call his baby mama ‘worthless.’ It must have been hard for the little T’ziah to had seen his parents in such a situation.

The custody battle between Busta Rhymes and Joanna Wood lasted for over four years. However, the custody came to an end when the judge in Nassau County Family Court decided Rhymes was a more fit parent than his baby mama.

He was there to celebrate Mariah and Cacie’s graduation with them. Similarly, he loves both of his brothers from the bottom of his heart. T’ziah also posted photos and videos of T’Khi’s prom day on Instagram.

We can say that T’ziah is a loving and caring brother. He never denies giving a hand when his siblings are in any kind of problem. So, in all, T’ziah is a generous being and loves his family members more than anything in the world.

The name T’ziah doesn’t have an exact meaning; however, Ziah is of Indian origin and refers to ‘light, life, or pleasant.’