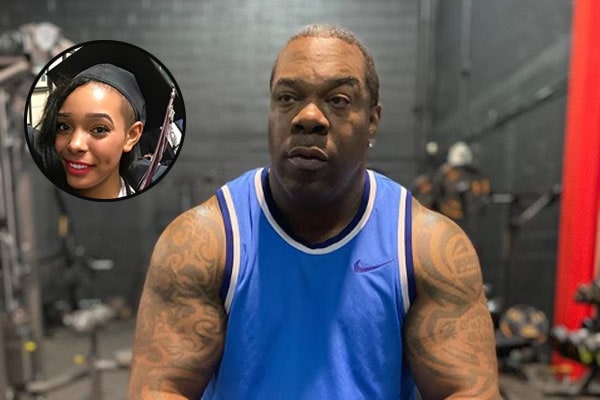 Born in 1998, Mariah Elizabeth Miskelly aka Mariah Smith is Busta Rhymes‘ third child and first daughter, whom he had with his baby mama, Jill Miskelly. Her dad is an American rapper, musician, record producer, and singer who has gained a great name and fame in the showbiz industry. However, Mariah’s mom seems to be living a subtle life.

As for Mariah, she has five half-siblings including; T’ziah Wood-Smith, T’Khi Wood-Smith, Cacie, Trillian Wood-Smith, and Miracle. They are Busta Rhymes’ children with his different baby mamas. Not many are familiar with Busta Rhymes’ daughter, Mariah. So, let’s get to know more about her.

Back in 1999, Mariah’s mom, Jill Miskelly took her baby father to the court and made him take a paternity test. It was done to determine whether Rhymes is Mariah’s father. The test showed that he was indeed the father of Jill Miskelly’s child.

Although the rapper had been paying over $1,200 a month as child support from Jan 1999, she filed a paternity suit against him for an increase in the payings. However, Busta Rhymes and Jill Miskelly seemed to have settled their issues and are living the life separately.

As it turns out, Busta’s daughter preferred going by the name of Mariah Elizabeth Miskelly instead of Mariah Smith. We wonder what were the reasons behind it but we can see that there are no hard feelings between the father-daughter duo. Rather than that, Mariah is very close to her dad. Rhymes supports his daughter in every step of her life. The father-daughter duo has a strong bond that cannot keep them apart from each other.

Mariah Graduated From High School In 2017

Well, as mentioned earlier, Mariah Elizabeth Miskelly is Busta Rhymes’ daughter with his baby mama. Mariah and her half-sister, Cacie graduated from high school in 2017. Her half-brother, T’ziah posted some photos of the graduation on his Instagram. Everyone in the family was very proud of her.

Although Mariah Elizabeth Miskelly is a celebrity kid, she hasn’t come into the spotlight and media yet. It gives us a hint that she possibly is not interested in the world of glamour and fame. Rather than that, Busta Rhymes’ daughter seems to be okay with her subtle and usual life. But she has a Facebook account that goes by her name only.

Mariah might be hiding everything about her love life and relationships under the curtains too. Even if she is a loving relationship with her boyfriend, the man must be lucky to have her as his partner. If she is not committed to any relationship, we imagine she is focusing more on her career and future. In a nutshell, Mariah is certainly living a low-key life.

The name Mariah is of Hebrew and Latin origin, meaning ‘the Lord is my teacher.’ Elizabeth derived from a form of the Hebrew name Elisheva (אֱלִישֶׁבַע), meaning ‘My God is an oath.’