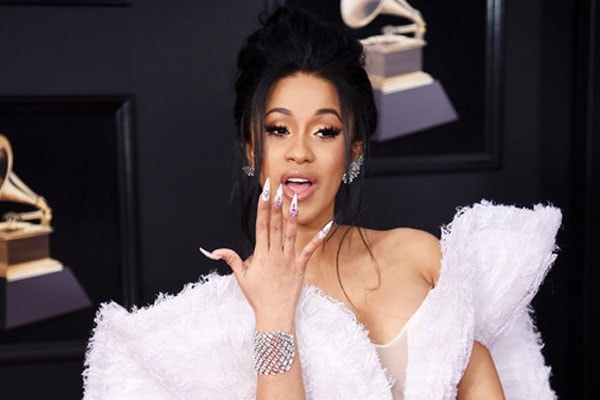 Net worth of Cardi B is $8 million

The fabulous Cardi B’s net worth is $8 million. Cardi B has received a tremendous amount of success from her music in a short period. And that has helped her net worth to increase rapidly.

The former “Love & Hip Hop: New York” Star, Cardi B has made a name for herself in the music industry. Last month Cardi gave birth to a baby daughter named Kulture Kiari Cephus with husband Offset, a member of Migos. Plus there is also a feud going on between Cardi B and Nicki Minaj.

Belcalis Almanzar aka Cardi B took the world by force from her famous song “Bodak Yellow,” and after that, the money just started pouring for her.

The Bronx born rapper Cardi B’s net worth is $8 million. On January of 2016, her net worth was $400 thousand. And from the success, she received from the show “Love & Hip Hop: New York” and her music, the net worth of Cardi B took a huge leap.

Well her partner is also not a poor man either. Cardi B’s husband Offset has a net worth of $4 million. In 2018, Cardi B is the only artist whose three songs have been sold over 500,000 pure copies in the US. Not a  surprise the net worth of Cardi B is such massive. She also falls under the “30 Under 30” list of Forbes when it comes to music.

The massive chunk of cash Cardi B receives from the sales of her album also contributes to $8 million net wealth of Cardi B.

Cardi B Is All About That BLING

When it comes to boasting, then Cardi B surely knows how to do that. A couple of weeks ago Cardi B posted a photo on her Instagram showing her and husband Offset’s new set of Lamborghini cars.

Many people replied stating that Cardi B must have leased the car, but nope. The multimillionaire Cardi B posted a screenshot of her bank account showing that she bought the $500,000 Lamborghini in cash. We feel sorry for the poor people doubting her.

Cardi B’s $4 million worth of Jewelry

On her return to the VMA, Cardi B rocked the red carpet with a velvet purple gown by Nicolas Jebron. Plus she wore 200 carats of Colombian emeralds whose worth is a staggering $4 million.

While Cardi B was still in the LHHNY show she received a lot of criticism regarding her teeth so she decided to fix it. She went over to Dr. Catrise Austin. Cardi B spent almost $40K on her smile makeover.