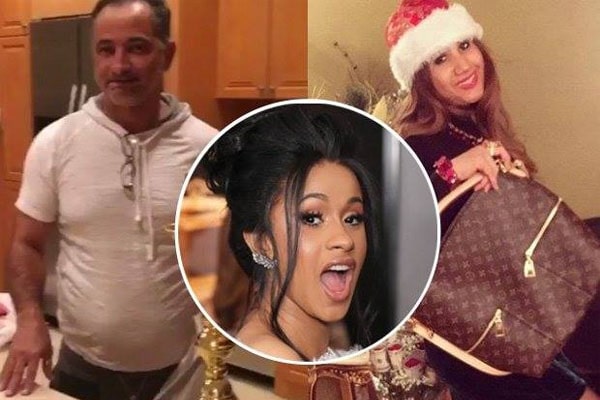 Cardi B's parents are not familiar faces in the spotlight. Image Source: Twitter.

Cardi B rarely shares about her parents on social media. Her father is a Dominican and mother, an Afro-Trinidadian whose real name isn’t mentioned publicly. They have altogether two daughters named Hennessy Carolina and Cardi B herself. Their second daughter, Hennessy Carolina, is an American social media and television personality who often appeared on the Love & Hip Hop series.

Cardi B’s parents weren’t wealthy; they were a struggling family. It is apparent in the fact that how Cardi B paved her success, and she has even worked in the bar to support her family. Now, Cardi B’s mother and father are very proud and happy that she has entirely changed their lives.

Cardi B’s Father And Mother Had A Struggling Past

Cardi B has thrived as one of the talented rappers in the music industry and made a sublime career. Her parents are so much proud of her. Well, Cardi B’s father was of Dominican origin. According to some sources, it was revealed that he worked as a taxi driver for the living.

As for Cardi B’s Trinidadian mother, she worked as a cashier in the supermarket. Even though Cardi B had a tough experience with her family, whenever it comes to media, she describes her parents fondly. She grew up in Highbridge, a Latino-majority neighborhood in the South Bronx part of New York City, at her grandmother’s apartment in Washington Heights.

To be blunt, Cardi B was sort of a Troublemaker among her friends. She dropped out of school, worked in the supermarket and the bar. She lied to her parents, telling them that she was working as a baby sitter in the white American house.

When her mother actually found out about her work as a stripper, she made her leave home. Cardi B doesn’t share much about her mother. She probably wants to protect them from media attention. However, the rapper liked being a stripper. Cardi B once went live on Instagram and showed her father. She joked around, telling him that she had gone through misery when he wasn’t around.

We all know the fact that Cardi B rose to fame through VH1 and Love & Hip Hop platform. But her secret enthusiasm as a rapper credit also goes to her mother. Cardi shared on Instagram that her mother used to listen to lots of Hip-Hop music. That is how she was introduced to rap.

Cardi B is the mother of Kulture Kiari Cephus, whom she had with her husband, Offset, on July 10, 2018. So, her parents are the grandparents to cute Kulture. Cardi B is very grateful to her parents that they are always there for her daughter. The unconditional love inside Cardi B’s family touches her so much.

Similarly, Cardi has succeeded in making a great platform with millions of followers and also has an estimated net worth of $24 million. So, it is pretty sure that her parents must have been living a luxurious life. Cardi B bought her mother a dream home, which she said it was the happiest day ever. Some sources revealed that her mother and dad were not together anymore. But it’s not sure, and it could be a rumor only too.

However, Cardi B’s parents probably seem to have no interest in the spotlight and popularity. They seem to be living a happy life away from the showbiz industry. But they are always by their daughter’s side to support her in every stage of her life. Let’s hope that in the coming days, we will be able to know more and more about Cardi B’s parents.