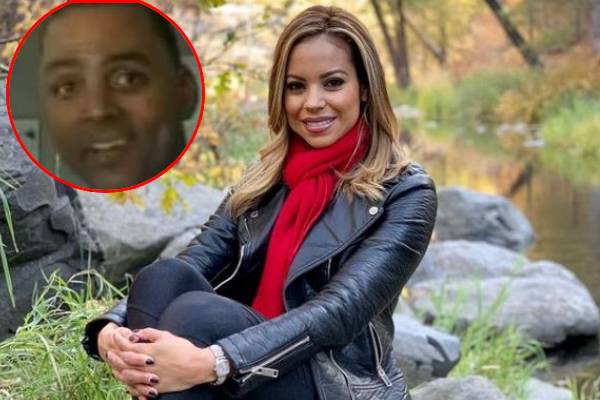 Caribe Devine is an American reporter, currently working as a weeknight meteorologist for several branches of 12 News. Listed on the National Association of Black Journalists, Devine is one of the successful reporters of her time.

As a result, Caribe has gained immense fame in her career. And while her professional life is known to the people, they are curious to learn about her personal life, specifically her other half. Thus, let’s learn in detail about Caribe Devine’s husband and their love life.

The popular meteorologist shares a blissful marital life with Renard Johnson. The couple must have been married for a long time now. However, Caribe Devine and her husband have not revealed any information about their love life. Therefore, it is not known when the duo met and when they got married.

Although there is not much information about Renard and Caribe Devine’s marriage, we know that the couple is the doting parents of two kids. Renard Johnson’s first daughter, Nevaeh Johnson, was born in October 2009. Four years later, in December 2013, his spouse gave birth to their second daughter, Aviva Johnson.

The married pair have kept their daughters away from unnecessary media attention. But there is no doubt that the Devine-Johnson couple is raising them with love and care.

Also Read: Rappers With The Most Number Of Kids

Caribe Devine’s Husband Is A Founder Of A Company

The meteorologist has established herself as one of the most prominent reporters. And Caribe Devine’s spouse is also doing great in his field. He works at the Management and Engineering Technologies International, Inc. (METI) as its President and CEO.

Furthermore, Renard U. Johnson is the founder of METI, which provides Engineering Support and International Technology Services to the private and federal sector industry throughout the USA and other countries worldwide.

The company headquartered in El Paso, Texas, provides different services like R&D Program Management, Information Technology, Engineering, Acquisition Management, etc. And since Caribe Devine’s husband is the founder and CEO of METI, he must make a considerable sum of money.

Renard Johnson graduated from the University of Texas at El Paso with a Bachelor’s Degree in business administration. Before founding METI, he used to work as part of the senior leadership team of a private firm.

In 2012, Caribe Devine’s husband joined the Federal Reserve Bank of Dallas El Paso Branch’s board and served till 2018. Currently, he is a member of the Dallas Fed board of directors, having joined in 2019.

Furthermore, Renard also served at the El Paso Hispanic Chamber of Commerce as a board chairman. Johnson is also a member of the University of Texas at El Paso College of Engineering Advisory Board. In addition, he also serves as a director in the Texas Lyceum.

Because of his work, Renard was listed as one of the nation’s top contractors by Federal Times in 2011. Additionally, in March 2021, Caribe’s spouse donated to the Hunt School of Dental Medicine in honor of his dad and mom.

During a live-streamed event hosted by Texas Tech University Health Sciences Center El Paso, he wrote a check for the Hunt School of Dental Medicine to create the Alvin T. and Louise E. Johnson Family Scholarship.

Renard Johnson is doing great in his profession, and he must be earning generously, just like his wife.

Is Rumored To Be Separated

As mentioned earlier, despite gaining enormous fame, Caribe and Renard are known to be one of those celebrity couples who keep their personal life away from the media. However, because of their private lifestyle, there are many speculations and rumors regarding their relationship. People are speculating that Caribe Devine is no longer married to her husband, Renard.

The rumors started when Renard Johnson’s wife was seen without her wedding ring while hosting her shows. However, the duo has not confirmed the news yet.

Nevertheless, we wish Renanrd all the best in his life and hope to learn more about him in the coming days.