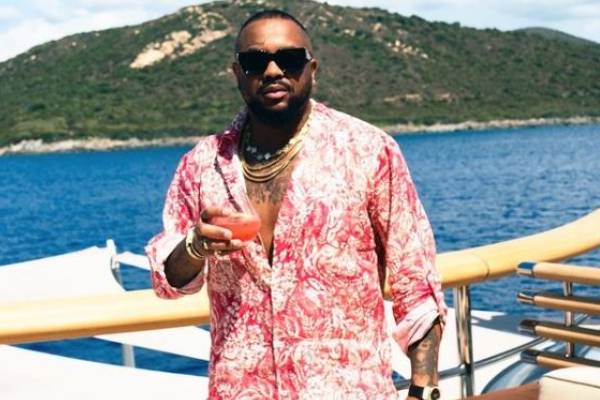 The Dream is one of the many rappers who have a large number of kids. Image Source: The Dream Instagram.

Rap has become a popular genre worldwide since it was first introduced. Because of its popularity, there’s no fault in saying that we can find diehard fans of the genre in any part of the world. As rap music is very popular, several rappers have gained immense fame.

The professional success of several rappers has brought them under the limelight. And many fans are eager to know more about their favourite artist’s life including the number of children these rappers have. In this article, let’s learn about the seven rappers with the most number of kids.

Amongst all the artists involved in rap music, DMX has the most number of kids. The famous rapper DMX was the father of 15 children with nine different women. He was married to Tashera Simmons from 1999 to 2014. In the 15 years of togetherness, the rapper welcomed four kids with Tashera.

DMX’s youngest or 15th child is a son named Exodus Simmons, whom he welcomed on August 19, 2016, with his girlfriend, Desiree Lindstrom.

DMX was a great father and took great care of his kids until his death on April 9, 2021. Many of his children were able to visit him at the hospital while he was on life support. They also offered touching tributes to their dad during the funeral service.

The next rapper with the most number of kids is Shawty Lo aka Carlos Rico Walker. He was one of the most famous rappers of his time and fathered 11 children, nine daughters, and two sons.

In 2013, in an interview with MTV News, he had talked about his kids and the girls he was with while growing up.

Furthermore, in 2013, it was announced that Oxygen Network would be creating a reality show about Shawty Lo’s baby mamas and 11 kids. However, it was canceled before it aired.

Another rapper with the most number of kids is Peter Gunz. The successful rapper is the doting father of 10 kids, five girls, and five boys. He was married to Amina Buddafly but kept it a secret for quite some time. He has two daughters with Amina, Cori Gunz, and Bronx Pankey. Cori was born in July 2014, and Bronx was born in August 2016.

While he was married to Amina, Pete was also in a relationship with Tara Wallace. They were in an on-and-off relationship for 13 years. Moreover, Tara and Peter share three sons, Gunner Gunz, Kaz Gunz, and Jamison Gunz.

Besides the aforementioned children, Peter has five kids more with different baby mamas. His eldest child is Cory Gunz and his other kids are Whitney Gunz, Brandon Gunz, Kennedi Gunz, and Phoenix Gunz. All of Gunz’s children and baby mamas seem to have a great relationship with each other.

Keith Farrelle Cozart, best known by his stage name, Chief Keef, is another renowned name who has many children. Keef is the doting father of nine kids. He became a dad for the first time at the age of 16 with the birth of his daughter, Kayden Kash Cozart, nicknamed Kay Kay.

Moreover, according to an article from 2020, four of his children are under the age of five and are from four different baby mamas. These four kids are Khalo (1-year-old), Khalil and Kirsten (4-year-old), and Kamiah (3-year-old).

Percy Robert Miller, aka Master P, is the doting dad of 9 kids. He was married to Sonya Miller, aka Sonya C, for more than two decades, from 1989 to 2013. In those years of togetherness, the couple welcomed seven kids. The former couple’s first child is Percy Romeo Miller, aka Romeo Miller, born on August 19, 1989.

Apart from the seven kids with Sonya, Master P has a daughter named Cymphonique Miller from an extra-marital affair. However, he has not disclosed the identity of her mother. Furthermore, he raised his late brother, Kevin Miller‘s son Veno Miller.

The next rapper with the most number of kids is The-Dream aka Terius Youngdell Nash, who has fathered eight kids with different baby mamas. His eldest child is Navy Talia Nash, born on May 10, 2005, whom he shares with his first wife, Nivea, aka Nivea B. Hamilton.

The ex-pair has two other kids who are twins. The-Dream’s twin sons, London Nash and Christian Nash, were born on April 19, 2006. After his marriage with Nivea ended, he tied the knot with Christina Milian. They have a daughter named Violet Madison Nash, born on February 26, 2010.

Then, the rapper began dating Lydia Nam and had a son with her, whom they welcomed in 2013. However, they have not disclosed much information about him. Currently, The-Dream is enjoying a blissful marital life with LaLonne Martinez, with whom he got hitched on July 3, 2014. The couple has four kids together.

Heir Wolfe Nash is The-Dream and LaLonne’s eldest child, born on May 8, 2015. Then, they welcomed their second child, Lord Nash, in August 2016. The couple’s third and fourth children are Maverick Nash and Élysées Nash, born in August 2016 and on May 6, 2019, respectively.

Willie Junior Maxwell II, best known as Fetty Wap, is the doting father of seven kids. His eldest child is Aydin Maxwell, whom he welcomed on April 30, 2011, with his ex-girlfriend, Ariel Reese.

Fetty Wap’s second child is a daughter, Zaviera Maxwell, born in March 2015 to Wap and Lezhae Zeona. They also have a son named Zy Maxwell. Then, Fetty and Masika Kalysha had a daughter, Khari Barbie Maxwell, on March 29, 2016, who is the rapper’s fourth child.

Additionally, Fetty Wap’s baby Alaiya Maxwell was born on January 4, 2018, to him and Alexis Sky. Then, his baby girl, Lauren Maxwell, was born on February 7, 2017, to him and Turquoise Miami. Sadly, Lauren passed away when she was only four years old, and the reason behind her death is unknown.

Fetty’s other daughter is Amani Maxwell, whom he welcomed with Elaynna Parker. However, unlike his other kids, Amani is rarely seen in public.

These are the seven rappers who have the most number of kids. However, there are other rap artists besides the above-mentioned ones who also have welcomed many children with their baby mamas. And one of them is NBA YoungBoy who is a father of eight little ones.