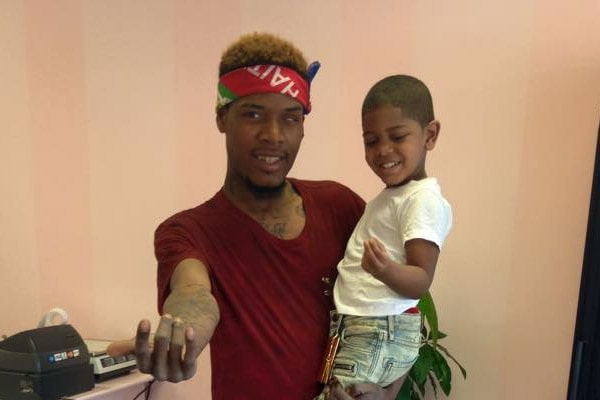 The Trap & B artist, Fetty Wap, is a proud father of seven children from different baby mamas. Among the seven, the eldest one is Aydin Maxwell, whom Fetty Wap had with former partner Ariel Reese.

In this article, we are here to make you familiar with Fetty Wap’s son, Aydin Maxwell. So, please stick with us to know some facts about Fetty’s son, which you might not want to miss.

Aydin Maxwell Is The Eldest Son Of Fetty Wap

As we mentioned earlier, the famous Afro-American rapper, Fetty Wap, is a father to seven gorgeous kids from separate relationships. Among those, Aydin Maxwell is the first child of Fetty with his ex-girlfriend Ariel Reese.

Ariel and Fetty welcomed their son together, Aydin, on 30 April 2011 in the United States. The ex-couple’s precious son, Aydin, graduated from Kindergarten in 2017. And, he is a schoolboy now.

Currently, the nine years old, Aydin is living a bling life with his mom, Ariel. Ariel often posts photos of Fetty Wap’s son, Aydin, on her Instagram and Facebook page. Also, Aydin has an Instagram page too with hundreds of followers, but it’s in private. As Aydin is too young to use it, his mom and dad run his gram for now.

Aydin Maxwell’s parents, Fetty and Ariel, began dating back in 2005 and had a fantastic bonding. His father even dedicated his smash single’ Trap Queen’ dedicating for his mother, Ariel Reese. However, conflicts and problems raised in their romantic life and they could not continue together for so long.

As a result, after living together for eight long years, the then-love birds broke off in 2013, two years after Aydin’s birth. After their separation, the symbol of their love, Aydin Maxwell’s custody, went to Ariel.

Though the past couple split up, they meet often on various occasions. Back in 2017, Fetty attended his son, Aydin’s graduation day. Ariel did not miss out on sharing a snap of that special occasion with Fetty in her gram. Moreover, Fetty also makes a frequent appearance at Aydin’s social media pages.

The look-alike son of Fetty, Aydin Maxwell, has a total of six half-siblings from his dad’s various affairs.

The first one is Aydin’s half-sister, Zaviera Maxwell, the daughter of Fetty Wap, with his brief relationship with the American model, Lezhae Zeona. The former duo also has another child together whose name and gender are still under the radar.

The other half-sister of Aydin is Khari Barbie Maxwell, Fetty Wap’s daughter with reality star Masika Kalysha. His next half-sibling is Alaiya Maxwell, whom his dad welcomed prematurely with model Alexis Sky on 4 January 2018.

The remaining are Amani Maxwell and Lauren Maxwell. Amani is the daughter of Fetty with Elaynna Parker, and Lauren is with Turquoise Miami. These two kids of Fetty Wap are not as popular as Aydin and his other half-siblings. While all the baby mamas often upload their little one’s pictures on their social sites, Lauren and Amani’s mamas do not open up much about theirs.

Sadly Fetty Wap and Turquoise Miami’s daughter, Lauren Maxwell died at age four due to undisclosed reasons. Since Turquoise likes to remain away from social media, she is yet to confirm the news and Fetty Wap rarely talks about his youngest. Thus, let’s hope she rests in peace.

Fetty Wap’s daughter Lauren Maxwell has passed 🕊 Prayers up to the family during this time. pic.twitter.com/8TbCedyotm

We hope Fetty Wap will soon bring his all seven kids in one frame in public.