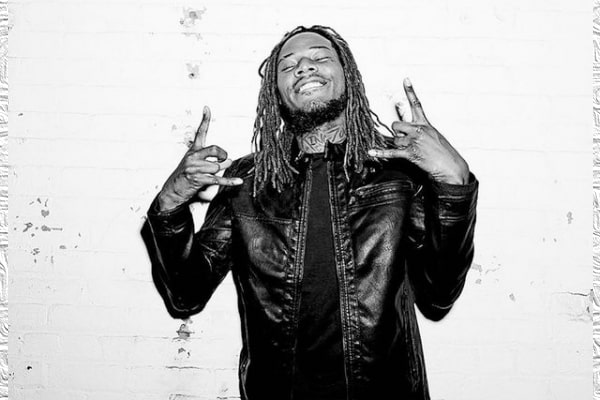 Fetty Wap‘s music has won the world’s hearts, and his soul has attracted many women. Thus, he is a proud father of seven kids with five different baby mamas, Turquoise Miami, being one.

Therefore, here were shall talk about the youngest of all, Fetty Wap’s daughter, Lauren Maxwell, with ex-girlfriend, Turquoise.

Fetty Wap’s daughter, Lauren Maxwell, was born on February 7, 2017. He and Lauren’s mother, Turquoise Miami, dated for a while back in the days. However, details about their romance are not known.

Moreover, the pair parted ways shortly after their courtship. Like their relationship, both Turquoise and Fetty remained mum about their daughter’s arrival until later years.

Interestingly, Fetty Wap is very open about his kids and often posts their pictures on his social media handle. However, his daughter, Lauren, remained away from the public’s eyes.

Also, Turquoise is currently off social media and would not share bits of her kids’ whereabouts. But, she surely was living well from the child support money Fetty paid.

Lauren’s Mother, Turquoise, Accused Her Father Of Not Paying Child Support On Time

As mentioned earlier, Fetty Wap’s daughter, Lauren Maxwell, grew up away from the media’s approach to her mother.

Moreover, Lauren’s mother, Turquoise, had called out Fetty Wap on Instagram for unpaid child support in 2020. She wrote that she’d book the flight to personally ask Fetty about the child support as it had already been two years.

Similarly, in 2018, Fetty Wap’s baby mama had called him out the first time, claiming she’s no longer going to beg a man to be a dad. However, Fetty never responded to the claims.

Despite the complications between Fetty and Turquoise, they must have raised their baby girl with immense love and care. Unfortunately, Lauren came with a brief life span.

Passed Away At Age Four

As mentioned earlier, Fetty Wap’s daughter, Lauren Maxwell, was welcomed in 2017. However, the little life was lost at a very young age of four on June 29, 2021. Unfortunately, the reasons for her death are not disclosed yet.

The news of Fetty Wap’s daughter, Lauren Maxwell’s death was a shock in the Maxwell household. Furthermore, Fetty and his baby mama are very quiet about the incident and haven’t confirmed the sad news yet.

Moreover, the internet stormed with tribute and condolence posts for the young one. She must have made a significant impact in both Fetty and Turquoise’s life. Although Lauren was raised away from the media, she surely was loved enough and cared for.

The name Lauren means laurel tree or sweet of honor or wisdom and has a French origin.