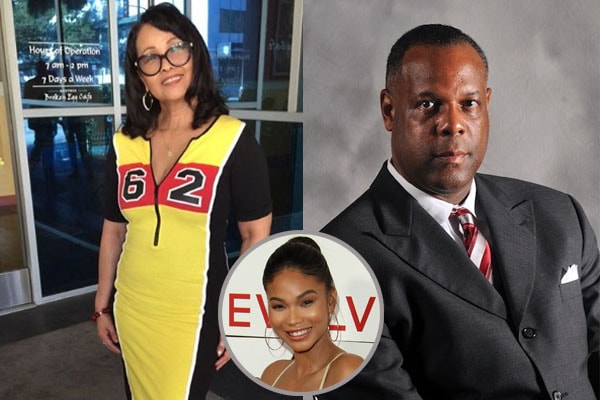 Chanel Iman Robinson Shepard or Chanel Iman, in short, is an American supermodel. She was born to her parents, China Robinson, and Tic Price.

It looks like Chanel Iman’s parents China and Tic were never married. China Robinson conceived Chanel when she was in a relationship with George “Tic” Price, and since then they have parted their ways. At the moment, Chanel Iman is married to Sterling Shephard and has a beautiful daughter named Cali Clay Shepard.

China Robinson is an author, model consultant, motivational speaker and many more. She is half Korean and half African American. Her primary purpose for writing books is in order to help others. In her memoir From Seoul To Soul, China Robinson describes how she had struggled with an identity crisis. China Robinson is a proud mother of three lovely children.

Initially, China Robinson was a flight attendant and did her job for some 23 years. She also managed her daughter Chanel Iman for the first six years of her modeling career. Plus she also has written a book titled “Who Said You Look Like A Model?”

At the moment, ChanelIman’s mother China works as a motivational speaker. She is married to Wayne Linsey, an artist, and a songwriter. It’s been over four years of their marital relationship, and everything looks going pretty well for the lovely couple.

George “Tic” Price is a college basketball coach. Currently, he serves as the head coach for the Lamar Cardinals men’s basketball team. His head coaching career began back in 1994 at New Orleans.

Over the years Tic has served for many different college teams including Memphis Tiger Men’s Basketball, New Orleans Privateers Men’s Basketball, and McNeese State Cowboys Basketball. All in all, Tic Price is very good at coaching as many players who have played under him have gone on to become a successful professional player at USA Basketball and NBA.

There are not many details regarding whether Tic Price is married or not. He is also a man of secrecy as Tic is not connected to any form of social network. We have to admit one thing though, that Chanel Iman’s parents have raised her well.