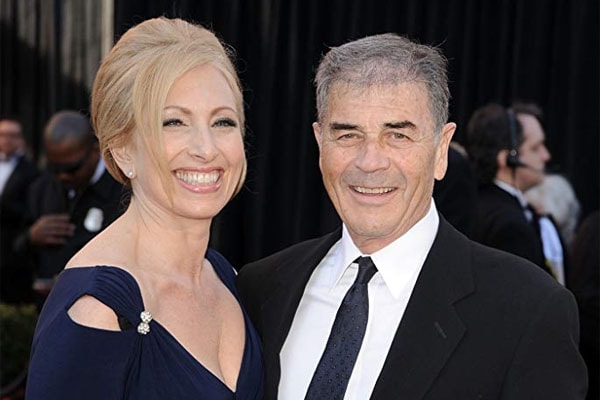 Late Robert Forster‘s longtime partner, Denise Grayson is a Hollywood actress. Denise is best known for her portrayal of an intellectual property attorney in David Fincher‘s movie, The Social Network.

Denise has been Robert’s long-time partner since he got divorced from his two marriages. The lovely couple had been together for 16 years till his death on the 11th of October 2019. Robert passed away at home in Los Angeles surrounded by family including his four children and partner Denise.

Denise Grayson Is An Actress

Adorable Robert Forster’s partner Denise is a Hollywood actress. She has appeared in multiple movies including The Social Network, Though None Go With Me, Somewhere Slow, A Dark Plan, and many more.

Well, Denise has an interesting story for landing her role in The Social Network. The casting director of the movie, Laray Mayfield asked her if she was an actor at the party. However, after the nerve-wracking four months, she finally knew the role was hers. At an instant, she didn’t even know she auditioned for a David Fincher movie.

Denise has also played the role of an FBI agent in her first feature film 1999’s Puppet. Later in 2001, she landed in a short film Gasline. The movie won the Jury Prize at the Sundance Film Festival. Impressed writer/director, Dave Silver cast her again in full-length feature movie Corn.

Grayson followed three movies for the Hallmark Channel including Though None Go with Me, Pandemic, and Citizen Jane.

Currently, Denise divides her time switching residence in New York and Los Angeles. Even though she is immersed in her acting career, Denise generously donates her time in California. She is doing pro bono mediation work. Denise even coaches stand-up comedians. However, there is no apparent connection between her two activities.

At the age of 16, Denise completed her college degree majoring in Accounting and Economics in her hometown of Brooklyn, New York. The talented actress also took courses in Public Speaking to overcome her shyness. She graduated from the University of Miami School of Law at the age of 20.

Upon graduating, Denise had the opportunity to work as a state prosecutor. However, she realized that this was not the profession she wanted to do and she felt sympathy for the defendant in a major murder case.

Late Robert Forster’s girlfriend Denise moved back to New York to be around parents and embarked on a legal career. She had worked in the early days of the technology boom and the beginning of the Internet. The current actress soon struck out on her own representing most of the major banks and financial institutions including Merrill Lynch, Chase, and Prudential.

Finally, Denise got work as a model and actress in commercials while she continued to work as an attorney. Juggling her two careers, she later completely drove her career towards acting. No doubt, the decision was really fruitful and she is now one of Hollywood’s talented actresses.