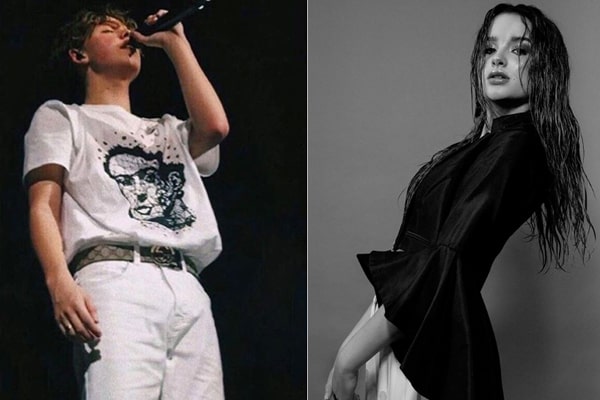 Jacob Sartorius and Annie LeBlanc were rumored to be dating, but they are enjoying their lives and celebrating their career individually. Image Source: Instagram.

Relationship rumors and shipping has become colossal today. Thanks to the Internet, all the information about celebrities is one click away. Some of the famous ships are Jacob Sartorius and Annie LeBlanc. The YouTube star, LeBlanc, was linked with quite a few stars, including the Skateboard singer. But were they ever in a serious relationship is the real question.

Thus, let’s find out if Jacob Sartorius and Annie LeBlanc ever dated in the past.

Were Jacob Sartorius and Annie LeBlanc A Thing?

The straight answer to the question is “No.” However, Jacob Sartorius and Annie LeBlanc went on a tour together. This could be the sole reason for several fan-fictions circulating on the internet. The tour helped her gain more fame and racked up a massive number of followers.

Besides the fact of them touring together, there is no further evidence to prove otherwise. Furthermore, Annie LeBlanc’s other rumored boyfriend and Chicken Girls co-star, Hayden Summerall, also joined the duo at the concert.

Annie and Summerall have done some cover of Sartorius’ songs, and they ended up on tour together. But fan loved their duo and made some great fiction out of it. That’s pretty much it, and there was nothing between Jacob and Annie.

Who Is Annie LeBlanc Dating?

The Ordinary Girl singer is no stranger to the rumors of her relationships. As mentioned before, she was also linked with her Chicken Girls co-star, Hayden. The duo looks incredibly together and has some great chemistry off-screen. Furthermore, they are continually teasing one another and posts pictures of them on social media. Thus, their fans were pretty much positive about a secret love. However, the couple were great friends and never announced their relationship publicly.

As of now, Annie LeBlanc is dating American actor and singer, Asher Angel. Annie LeBlanc’s boyfriend is an incredibly young artist and has released several hit music videos. From being a Disney actor to recurring roles in Shazam!, and Andi Mack, he grew quite big. The couple started dating in May 2019 after LeBlanc appeared in one of his music videos.

Likewise, Asher Angel has also appeared in his girlfriend’s music videos, including the recent one, Utopia. The couple is going strong and open about their relationship on social media.

Jacob And Stranger Things Star, Millie Were An Exclusive Couple

On the other side, Sartorius dated Stranger Things star, Millie Bobby Brown, for solid seven months. Their relationship was heavily documented via social media. Still, like every romantic movie, their love story came to an end. According to People, the decision of separation was mutual and the former couple would remain friends.

Alike, Annie LeBlanc, Jacob is also not a stranger to dating rumors. He was rumored of dating Jenna Ortega when his music video, ‘Chapstick‘, came out. However, Jacob came clean at the 2017 Nickelodeon HALO AwardsOpens in a New Window.

Thus, young celebrities like Annie LeBlanc and Jacob Sartorius are loved by their fans and hope them to find a great partner for themselves. Seeing two great artist’s chemistry can fool them into believing a relationship. But c’mon, not everyone dates, and not everyone are open about their relationship.

But the fan-fictions was fun to watch, so maybe LeBlanc and Sartorius would make a good couple. What do you think?