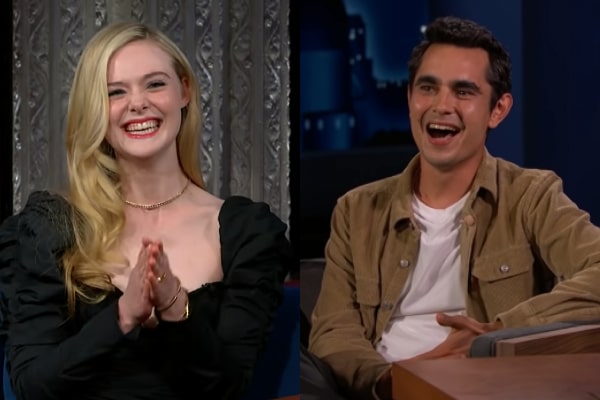 Elle Fanning and Max Minghella have been in relationship for several years. Image Source: Social Media.

Both Elle Fanning and Max Minghella are prominent figures in Hollywood. Elle is an actress known for her work in the movies like Super 8, The Neon Demon, Somewhere, The Beguiled, etc. Likewise, Max is an English actor, film producer, and director who is known for his roles in the films like The Handmaid’s Tale, Spiral, The Social Network, and The Ides of March.

Elle and Max have been in a loving relationship for several years. As both of them are famous personalities in Hollywood, their relationship was the talk of the town. However, the duo’s approach to low-key love life has made many of their fans wonder if the smitten pair is still together or not. Let’s find the answer in today’s article, including their story.

First Met On The Set Of Teen Spirit

While talking about her love life in Entertainment Tonight, Max Minghella’s girlfriend said he is a very special person and a good friend to her. In the same interview, Elle Fanning’s boyfriend gushed about her while keeping things as professional as possible. He said Elle was the only actress capable of portraying the role in the movie.

The power couple first met on the set of the indie drama Teen Spirit and started dating. While the actress starred in the drama, her boyfriend wrote and directed. The dating rumors of the actors, who have an age gap of 12 years, started when they were first spotted holding hands in Florence, Italy, in July 2018.

Shortly after that, the smitten pair was again seen together on 1 August of the same year. The Fanning-Minghella couple were seen getting cozy while strolling in the city of dreams, London. As per the reports, Elle smiled ear to ear while she walked her arms wrapped around her beau. Although the lovebirds appeared more than friends, they didn’t confirm being romantically involved.

While Elle and Max’s dating speculation and rumors were still hot, they confirmed their romance by appearing in the Met Gala together in 2019 in New York. The lovely duo looked so good together. Later that year, The Handmaid’s Tale actor said he had never dated any other woman before, so he thought he couldn’t eventually marry. The director-actor also thinks of himself as a serial monogamist.

On the other hand, Elle has dated many other men in the past. The Super 8 actress dated actor Zalman Band for a short time. The former pair’s photo of walking and laughing together on the LA streets in the summer of 2015 went viral. However, Elle and Zalman’s bond was short-lived. After breaking up with Band, the Teen Spirit actress began going out with Dylan Beck. They were also spotted being cozy. Finally, Fanning crossed her path with Minghella.

For those who ship Elle and Max, there is good news. The pair is still going strong. The power couple enjoyed a late-night stroll in London in August 2022. They appeared smitten together. The blonde beauty cuddled up with her director boyfriend as they walked arm in arm.

Max Minghella’s girlfriend looked cool even in the casual dress. She paired a black t-shirt with jogging bottoms and layered up with a white shirt over the top. On the other hand, Elle Fanning’s boyfriend was beaming as he was seen in a khaki shirt with green cargo trousers and a white t-shirt.

The Fanning-Minghella pair’s late-night outing comes as proof of their ongoing romantic relationship. Another notable fact, Elle and Max still follow each other on their social media. As for where the duo stands currently, they are still enjoying one another’s company. Hopefully, the adorable couple’s love and affection will last forever. Our best wishes are with them.