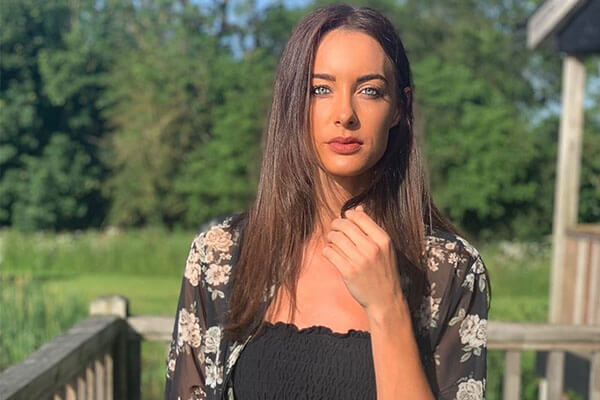 Days before English YouTube personality Emily Hartridge‘s death in a scooter accident, she made a post on her popular channel, Emily Hart. The video features Emily’s boyfriend, Jacob Hazell, who used to enjoy filming with his girlfriend.

The title of the video is 10 Reasons To Get A Younger Boyfriend. Even though she isn’t with us anymore, let’s take a look at Emily’s top ten reasons for dating her partner Jacob, who is eight years younger than her. At the time of her death, Emily was 35 years old.

Emily Hartridge had been posting entertaining videos on her YouTube channel since August 2011. Right before she died, she put together ten reasons why ladies should date a younger man.

A Younger Boyfriend Is Attentive, Energetic And Exciting

The first reason, according to Emily, is that younger men want to impress their older girlfriends. As such, guys are attentive and well-behaved with them. They also do whatever their partner wants them to do, such as making tea and giving them massages.

The second reason is that younger men have more energy for all kinds of activities. Younger people are also very enthusiastic to try out new things, which is why Emily was in love with her boyfriend Jacob, as he is very energetic and entertains her without getting bored and tired.

Moreover,  Emily had a problem with a low egg count, which makes women challenging to get pregnant. As Jacob is young, she had a strong possibility of conceiving a baby with him. Aww! Coming to the fourth, fifth, and sixth reason, Emily finds younger men “hot” and fun to be around. Young men are also carefree and enjoy their time. So, when Emily is bored, she loves to be a part of her boyfriend’s life, which is full of exciting moments.

Moving on to the seventh reason, the late presenter Emily says that boys in their early twenties are more adventurous and less greedy. As older guys are conservative about money, they plan on saving money rather than spending it lavishly on luxuries and expensive dinners.

As for the eighth reason, Emily finds younger men to be more romantic when expressing their love. So, when Jacob buys her flowers and surprises her with gifts, she becomes pleased. In a tragic turn of events, Emily lost her life while riding the electric scooter that was her birthday gift from Jacob.

Finally, the ninth and tenth reasons are about young adult males being inexperienced. As such, it’s an opportunity for women to teach them the value of love and relationships. Phew! That’s quite a list, and Emily’s advice will undoubtedly encourage women to date men that are below their age.

Shortly after her unfortunate death, messages of condolence poured over social media sites, and her family paid tribute to her through her Instagram account.

Emily will always remind us of her funny and insightful videos like these. RIP Emily Hartridge.