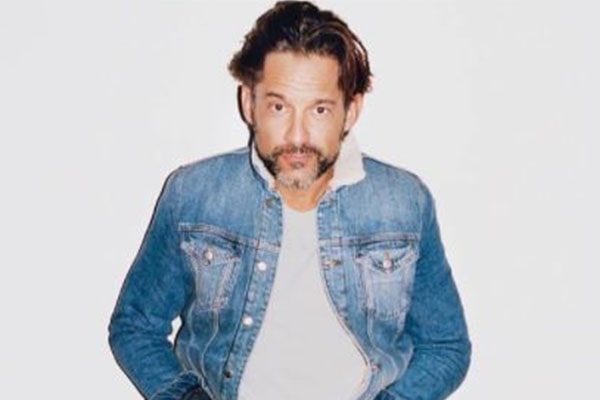 Enrique Murciano, born Enrique Ricardo Murciano, is a famous American actor. He gained fame for his role as FBI agent Danny Taylor in the CBS drama series Without A Trace From. He has acted in various movies and series in his acting career. With the various acting projects he has been involved in, the talented actor has accumulated an enormous fortune to his name.

Born in Miami, Florida, Enrique did not attend any acting school at first. He actually studied law at New England School of Law in Boston and then moved to LA to pursue a career in acting. After that, he established himself as one of the famous actors, and now, fans are curious to know about Enrique Murciano’s girlfriend and his love life. They are left with the question about who is that lucky girl dating the famous actor Enrique Murciano.

Thus, here is some information about him and his love life.

With 35 credits as an actor, Enrique has also appeared in several hit TV sitcoms and shows. For now, he seems to be committed to his first love, i.e., acting. Although he earned immense fame in the entertainment sector, his love life is quite an enigma.

Enrique Murciano’s girlfriend is a mystery as he has not spoken much about his romantic life. Going through his Instagram, we can see that he has posted different pictures of himself. He is also seen sharing different photos of his work and family. He also shows love towards his nephew and posts many cute pictures of him.

Enrique Murciano is one of the most successful actors in the Hollywood industry. He started his career by debuting in the 1997 action film Speed 2: Cruise Control. After that, he has starred in several movies and series, which eventually helped him earn a massive fortune and fame. The movies and series that he has acted in have been critically acclaimed.

Murciano has been involved in the Hollywood industry for quite a long time now. Since making his feature film debut in 1997, he has acted in several hits. His career’s big break was when he was cast as DEA agent Ricky in the Award-winning movie Traffic. After that, he was eventually offered various roles in different movies, which were critically acclaimed and have gotten good reviews. However, his romantic life is a different story as Enrique has rarely talked about his relationships.

Has Dated Few Celebrity Stars In The Past

Besides spectacular acting skills, Enrique is also blessed with a good heart and an attractive face. Although there is no information regarding his present girlfriend, he has been open about his previous relationships and has dated a few celebrities in the past.

After his breakup with Molly Sims, Enrique began dating Lily Cole, a British actress, model, and entrepreneur, in September 2008. Enrique and his ex-girlfriend Lily were in a relationship for 3 years, and while together, the pair met in Europe for glamorous dates. They broke up in February 2011, and it is rumored that their relationship ended due to their busy schedules.

Following the breakup, both Enrique and Lily moved on. Lily began dating Kwame Ferreira, with whom she has a daughter. Similarly, Enrique began dating Victoria’s Secret’s model Toni Garrn. Toni, a German actress, fashion model, and humanitarian, had previously dated Leonardo DiCaprio. Murciano and Garrn were spotted together at the US Open’s men’s finals in September 2018. However, they broke up in 2019.

After his relationship with Toni failed, Murciano has not been linked with any girl. Furthermore, he has not spoken much about his love life as well. With all the failed relationships in the past, he might be taking a break from the relationship and might be single as of now.

The American actor prefers to keep his personal life out of the spotlight. But, let’s hope that he finds someone soon, and we get to know more about Enrique Murciano’s girlfriend in the coming days.