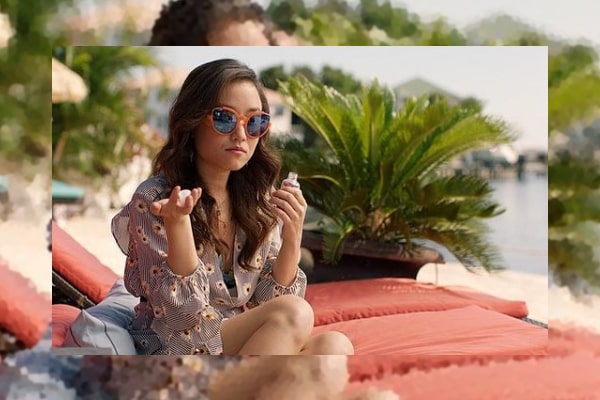 Andrea Bang is a Canadian actress known for playing Janet Kim in the CBC comedy Kim’s Convenience. She was also nominated for a Canadian Screed Award at the 5th Canadian Screen Awards. Besides her works as an actress, Andrea’s fans are also interested in her personal life and relationships.

Born in Burnaby, British Columbia, to Korean immigrant parents, Andrea is a spectacular example of beauty with a brain. She has a degree in Psychology from the University of British Columbia, alongside acting lessons. In the beginning, her love for acting was somewhat of a secret, but she snapped one day and made her break into Hollywood. Thus, her increasing popularity has heightened people’s interest in her personal lives.

As a result, we have tried to answer some of the questions regarding the star, including who is Andrea Bang’s boyfriend?

Andrea Bang is one of the most celebrated actresses in the Canadian entertainment industry. Although her career started late, the pace was maintained swiftly. Aforementioned, Andrea’s interest in the acting field started pretty early, but she’d kept it a secret for the most prolonged period.

Bang went on to graduate from the University of British Columbia in 2012 with a degree in Psychology, but she also attended acting classes. Tired of all the secrets and indecisiveness, Andrea Bang dived into a committed relationship with Hollywood since 2011.

During an interview, Andrea talked about how she flirted with the idea of being an actress and played around with several non-acting career paths. However, Bang’s great love of her life, i.e., acting, caught up, and it motivated her to get an agent. Then started her journey in the entertainment industry.

Andrea Bang has at least 21 acting credits in her IMDb, and it gets updated now and then. Although Bang’s relationship with her career is open and wild, her actual love life remains a mystery.

Andrea Bang’s boyfriend’s identity is still a mystery as she has kept her private life confidential. Moreover, her Instagram is a fun blend of her workdays, updates on interviews, a few throwback pictures, and perfectly matching captions. Despite massive achievements, Bang remains grounded and is still as humble as ever.

Andrea Bang Shares Her Love For Acting With her Sibling

It’s a bummer not to know much about Kim Convenience’s Janet, aka Andrea Bang’s relationship status. However, we are thankful that the universe introduced us to such a beautiful personality and talented actress. But did you know Bang is not the only actress in the family?

Andrea shares her love for acting with her sister, No Clue actress, Diana Bang. Alike, Andrea, she is also very secretive about her lifestyle. But the Bang sisters are establishing a great career in the film industry.

Both Andrea and Diana are committed to acting and are making decent lives from it. However, acting is not just a career but a way of expressing themselves. Therefore, they attentively choose their scripts and star in memorable projects.

Except for movies, films, and writing, Andrea Bang is also a huge believer in culture. She appreciates every culture and respects her heritage, i.e., Korean, but she also understands the drawbacks of her culture and reflects on them.

While Andrea Bang’s love interest is a puzzle, it is no secret that her heart is full of love for pets and animals. It is like she has a huge amount of love for every animal in the world in the tiny heart of hers. Even though we haven’t seen Andrea sharing cute moments with her significant others, we have been blessed with her love for little animals.

Therefore, not knowing Andrea Bang’s boyfriend is a complete turn-off, but patience is the key. Consequently, we might have to wait for a little while until she announces her relationship with the world. But are waiting with bated breathes to know who will capture the talented actress’s heart.