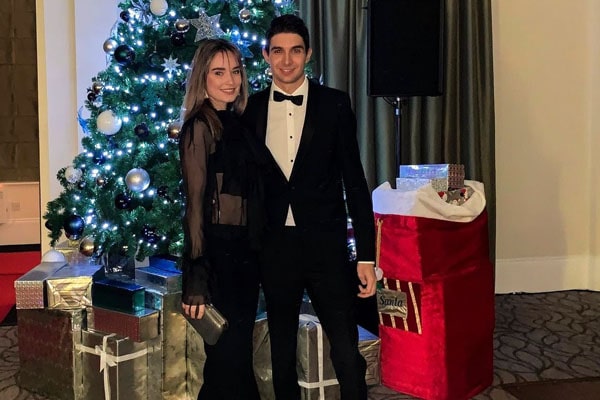 Esteban Ocon is in a relationship with Elena Berri since 2018. Image Source: Elena Berri's Instagram.

Formula 1 is a high-energy sport with a stressful schedule, yet most drivers have still managed to maintain their love life. And, the French racing driver currently competing for Alpine, Esteban Ocon, also falls on the same list. He also has someone to accompany him to the paddock and encourage him to gain victories.

As mentioned above, Esteban Ocon’s girlfriend, Elena Berri, is a stunning model from Turin, Italy, who holds a significant social media presence. As of August 2021, Berri’s Instagram page, where she often flaunts her curvaceous body, has over 45K followers. It has helped increase her outreach to a global audience.

The Italian beauty Elena Berri was born on 13 August 1998 in Turin. Though her birthplace is Turin, her family later raised her in Dubai, Paris, and even Singapore. As mentioned by Berri in her Instagram bio, she is currently pursuing her degree in Business Management. However, she has not yet disclosed which college she is attending.

Furthermore, the young model Elena Berri has been involved with various fashion brands. Some of the brands for which Berri works are AVIMIVA Luxury Brand, ADAMANT Luxe Swimwear, and Staiy. So, it looks like she is making a good sum of money as a model and influencer to enjoy an affluent life.

Also, Esteban Ocon’s girlfriend, Elena, can fluently speak several languages. Having stayed in various parts of the world, the bold and beautiful Berri can speak Spanish, English, and French.

In A Relationship With Estaban Ocon Since 2018

Elena Berri and Estaban Ocon have reportedly known each other since 2017. However, the good-looking couple started dating officially only in 2018. Also, they made their relationship official in September 2018, as they appeared together at Plage Du Festival in Cannes.

Ever since then, the loved-up pair occasionally share snaps of them getting cozy with one another on their respective social media handles.

Though both Berri and Ocon usually try to keep their romance far from the reach of media people, they have been spotted on few occasions during Grand Prix weekends. Moreover, they also often get captured by the paparazzi while they are out in public, hanging out together.

However, lately, both Berri and Ocon have not posted any pictures of them together on their social media pages. But that does not mean they are no more together. They still are very much in love with one another and live together.

As reported by Kym Illman, the romantic duo spent their quarantine in France, mostly in their pajamas.

Going through Esteban Ocon’s girlfriend, Elena Berri’s Instagram page, it seems like she is also passionate about racing. She often posts photos of her posing with amazing cars on her popular Instagram page. It also might be the reason Berri’s bond with the F1 driver is still as fresh as new.

So, Esteban Ocon and Elena Berri are still in love with each other even after several years of dating. Unlike many other F1 drivers, Esteban was not rumored to be in a relationship with any other woman in the past. So, we hope Berri and Esteban will be together for years to come.