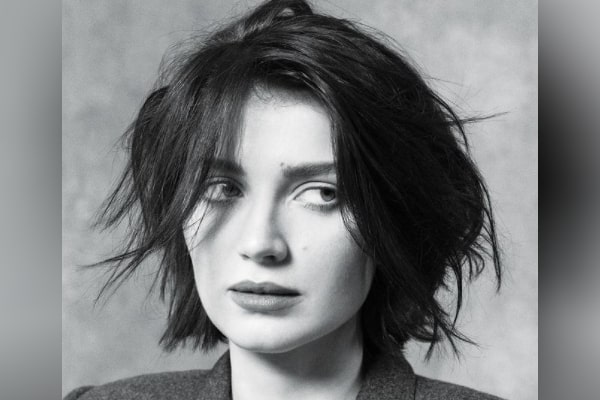 Eve Hewson, the daughter of U2’s frontman Bono, is a rising actress who came to mainstream attention after her role on the new Netflix binge-worthy show, “Behind Her Eyes.” Although already sharing the big screen with star talents like Tom Hanks, Sean Penn, Ethan Hawke, Jamie Foxx, and Rami Malek, to name a few, the Irish actress only rose to fame in 2021.

Beginning her career as early as 2008, Eve Hewson is well seasoned with the movie industry antics. The 29-year-old, like many celebrities, keeps her personal life away from the lights and cameras.

Though the Dublin-born actress was quite open with her past relationship, let us look into whether the Behind Her Eyes star currently dating or not, and was Max Minghella ever Eve Hewson’s boyfriend?

James Lafferty is the only confirmed boyfriend of the psychological thriller show actress, whereas all the other linked names are just rumors. Breaking up after a five years relationship, the post-breakup phase linked the proudly Irish with many names that led her fans to wonder who Eve Hewson’s boyfriend might be.

With minimal details and rumors, we can pinpoint two names heavily linked with the 5′ 1″ actress, and one such is Max Minghella.

Max Minghella, son of the late Oscar-winning director Anthony Minghella, was one of the men, who was rumored to be Eve Hewson’s partner. The English-born actor & filmmaker was previously in a relationship with actress Kate Mara before parting ways in 2014.

As both Max and Hewson were at their post-breakup phase, many speculated that they were dating as they were seen together in many instances. Many media believed their breakups as their main reason for attachment.

The alleged couple would be seen in public holding hands like proper pairs with simple gestures that made sure that they had something special within them. The rumored pair laid low, making the extra attention go away and would hardly be seen together or in the eyes of the public.

Neither Max nor Eve commented about the rumors circulated in 2015 and let the speculation die on its own. Currently, the 35-year-old actor is in a committed relationship with the gorgeous Elle Fanning brushing away all the past rumors and speculations. So it is safe to say that Max Minghella is no more Eve Hewson’s boyfriend.

It takes time to heal a broken heart, and what is broken shall never be the same, take an example of a mirror or a plate. So was the case with Bono’s daughter, Eve Hewson.

James Lafferty, well known for his TV roles, was in a relationship with Bono’s daughter for almost five years. The One Tree Hill actor and Hewson were very outgoing and discreet at the same time. Since they began dating around the holiday season of 2010, the couple got major attention from the media.

U2’s lead singer, Eve’s dad, Bono, was also very open regarding their relationship and had approved the 2000’s heart-throb as his son-in-law. The “Mysterious Ways” singer would also invite Lafferty and Eve to horse races to have proper bonding sessions.

For reasons undisclosed in 2015, the Bridge of Spies actress revealed that she was “dangerously single,” which led her fans to be shocked. To be in a relationship for five long years in the entertainment industry itself is a big deal.

As both the stars moved on with their projects and life, the ex-couples haven’t opened up on why they went separate ways.

2018’s Paper Year dwells around a newlywed couple and their problems portrayed by Hewson and Avan Jogia. The Canadian actor is no new face in the ladies department which led him to be heavily linked to Eve Hewson.

Previously known to have dated Zoey Deutch and the Disney Channel star Miley Cyrus, the 29-year-old spent exponential time with his on-screen partner in the set and the promotion tours.

Often posting about each other on their social media, the on-screen pair looked very comfortable with each other making others wonder whether they have a special bond or not.

But their on-screen chemistry lasted only for the screen. Since the Nickelodeon sitcom star confirmed to be in a relationship with the beautiful Australian sheila, Cleopatra Coleman. As a result, it washed away all of the media target and attention on the Buddhist actor to be Eve Hewson’s boyfriend.

Hewson So Done With Love

Despite many rumors surrounding Eve Hewson, she is happily single and considers her love life to be “hopeless.” In an interview with the Independent, James Lafferty’s ex-partner gave a short yet brief opinion on her singlehood life and single status, saying –

“My sis says, ‘you need to be more available as you’re so confident in yourself, you look like you already have a boyfriend. I am 23 and looking at you I don’t want or need a boyfriend. It’s so much fun being on your own.”

The This Must Be The Place actress even mentioned getting a robot as a better half also shows how much she has given up on being in a relationship. According to the rockstar’s daughter, to have a techno robot boyfriend is always easy since she has the option of unplugging it whenever she has had enough.

Hey men in the workplace, speak up when you witness sexual harrassment. Don’t wait to show your “support” until the victim tweets about it.

Hewson also confirmed being one of the #MeToo and Time’s Up movement victims, commenting on it whenever she is given the opportunity. Due to which the new Netflix star may have come to such decision of having a technological partner.

2021 becoming the Irish talent’s breakout year, may hopefully end her hopeless romantic days as she is at the prime of her career. With so much attention than before, we wish Eve Hewson to prosper in her future endeavors and not resort to having a robot partner.