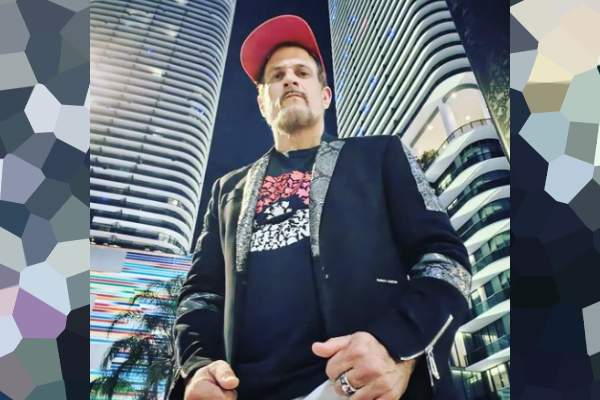 Jason Paige is a singer, actor, and record producer, who is best known for being the voice behind the first Pokémon theme song. Image Source: Jason Paige's Instagram.

If you are a fan of the English version of the animated series Pokémon, you must have heard its first theme song too. It was sung by none other than American singer, writer, record producer, and actor Jason Paige.

Many mightn’t know about this information and might be curious about the singer behind the song. So, today, in this article, we will learn more about Jason Paige and look into some interesting facts about him, including his net worth and family.

Is Against Infant Circumcision

The singer was born Jason Paige Heisenberg to his mother, Charlie Paige, on January 06, 1969, on a military base in Wichita Falls, Texas, USA. Unfortunately, the name of his father, along with his information, has not been revealed yet. Hopefully, we will know about Jason Paige’s dad in the future someday.

During his infancy, the musician had undergone a botched circumcision, which resulted in a skin bridge. Jason Paige’s mother sat down with Beyond the Bris and talked about how she was not aware that there was a choice. She mindlessly went along with what her in-laws had arranged.

Charlie revealed that she only understood that circumcision was wrong and unnecessary later on. She also stated that she regretted having her child circumcised. As a result, both the mom-son duo are opposed to infant circumcision. Jason also shared how he hoped the practice would be made illegal with Beyond the Bris.

Jason Paige spent most of his childhood in New York City. He went to a public magnet high school specializing in teaching visual arts and performing arts. The school is called the Fiorello H. LaGuardia High School of Music & Art and Performing Arts, located in Manhattan, New York City.

Likewise, the 53-year-old is an alumnus of the Experimental Theatre Wing at New York University. ETW is a training program that provides traditional approaches to actor training. The alums of ETW work across feature films, television, and new media. Having completed his studies at such prestigious institutions, it is no wonder that Jason Paige is talented.

Is A Talented Singer And Actor

As a vocalist, Jason toured with the legendary jazz-rock music group Blood, Sweat & Tears for a year as the lead singer. He was also the rap soloist for the hit song “Black or White” when he shared the stage with Michael Jackson at his 30th Anniversary concert. Furthermore, the Texas native can be heard on numerous tracks by various artists. Some of the songs that he has featured on are listed below:

Jason has appeared in numerous series and movies. His acting credits include An Argentinian in New York, A Walk To Remember, Election, Honest Trailers, and many more. The 1969-born actor also has voiced-over for Buttmeister in Meet the Spartans. Furthermore, he starred in his self-produced musical comedy sketch show, The What’s Up Show, for five years, from 1995 to 2000.

Didn’t Know Much About Pokémon

It might be surprising, but the actual singer of the renowned theme song of Pokémon didn’t know much about the anime when he did the demo. In addition, in an interview with the New York Post, Paige said he did not expect the song would be so popular.

Moreover, the Texas native sang “Viridian City” and also performed for the Pokémon 2.B.A. Master soundtrack as a background vocalist. When the Pokémon Go mobile game became massively popular in 2016, he re-recorded the Pokémon Theme Song.

In July of that year, the 53-year-old sang a parody of the theme song. It features Dwayne Johnson as a Pokémon. In February 2018, the vocalist recorded a metal cover of the original song with Jonathan Young. Paige seems to be pretty familiar with the anime now. You can see him posting about the series on his social media handles quite often.

Jason Paige Net Worth And Earnings

The multitalented star has found much success in the entertainment business. With a career that has been active since 1991, he must have made an enormous amount of fortune. Considerably, Jason Paige’s net worth must be a significant sum.

Paige earns primarily from his profession as a musician. The annual average salary of a singer, as per ZipRecruiter, is $141,221. Hence, the Pokémon theme singer must also earn within the range. Furthermore, he also accumulates a lot from other sources, such as his online shop. Now, let’s look at some of the products’ prices in the table below:

In addition, the vocalist makes notable earnings from his YouTube channel too. As per Social Blade, his estimated YouTube income is $22 to $355 monthly and $266 to $4.3K yearly. Thus, Jason Paige’s net worth must be a notable figure from all these ventures.

Well, many might be wondering who Jason Paige’s wife is. However, the singer has yet to reveal anything about his love life and partner. Nonetheless, he must be living a comfortable life, all thanks to his massive wealth. We hope Jason continues to be financially prosperous even in the future.