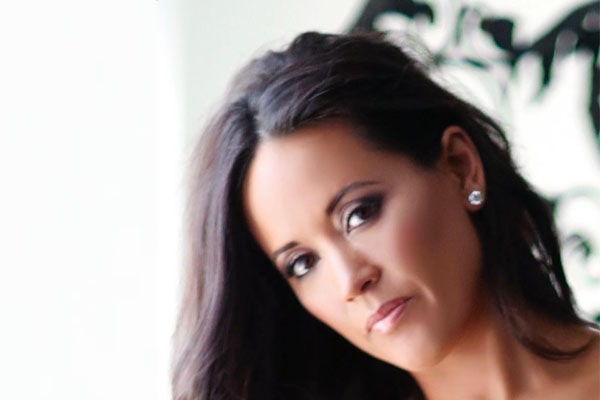 American attorney Michael Avenatti is famous for representing adult-film actress Stormy Daniels against former President Donald Trump. To date, his law firm has represented several celebrity defendants including model Zeta Graff. Currently, Avenatti is ineligible to practice law due to various charges on him, including tax evasion, extortion, and fraud. Amid healthcare concerns due to the COVID-19 pandemic, he was set free temporarily from prison in April 2020 and is under house arrest at his friend’s house in California till April 2021.

The convicted felon, Michael Avenatti, married twice in his lifetime. However, both of his marriages were short-lived. His first marriage was with Christine Avenatti Carlin. After divorcing from Carlin, Avenatti married Lisa Storie-Avenatti in 2011. Their marriage was also short-lived, and Lisa and Michael separated in 2017. So, today we will talk about Michael Avenatti’s ex-wife, Lisa Storie-Avenatti, including the reasons behind their divorce.

Michael Avenatti’s ex-wife, Lisa Storie-Avenatti, is a successful American entrepreneur and businesswoman. The California-born fashion enthusiast, who now goes by Lisa Storie, holds an MBA degree in Business Administration and Management. She earned her MBA in 2005 from the University of California’s The Paul Merage School of Business located in Irvine. Similarly, Lisa gained a Bachelor of Arts majoring in Psychology and minoring in Sociology from the University of Central Oklahoma.

Currently, Lisa Storie-Avenatti works as a Consultant Business Operations & eCommerce Expertise in Newport Beach, California. Before this, she was the Advisory Board Member of TRYP Technologies, Inc. Also, Lisa provided her service in the company’s SVP Business Operations. During her tenure in the TRYP, she managed the Internal Tech Team, Customer Service, and third party Partnerships and did many other management tasks.

Michael Avenatti’s ex-wife, Lisa Storie, also worked as a Director of Business Operations at shopping.com from 1997 to 1999. Then, she joined thebigstore.com as Vice-president of Internal Business Operations and served there from 1999 to 2003. Soon, Lisa got a job as a Business Consultant at Graham Financial, where she worked for a year and also occupied different positions worked in various organizations.

Lisa Storie-Avenatti is the founder of a swimwear company, Ikaria Int’l, now known as Ikaria Resort Wear. Her company offers elegant luxury resort wear that is made from 100% silk adorned with real Swarovski crystals, which displays the finest European detailing. She founded the company at the beginning of 2017 and served as its Chief Executive Officer from its establishment date to 2019.

The now-estranged wife of Michael Avenatti, Lisa, faced a lot of struggles to establish herself in the fashion retail business. She went through several failures in the initial days of her career. However, Lisa never gave up, and today, she is one of the leading businesswomen of the United States.

Michael Avenatti’s former spouse, Lisa Storie-Avenatti, has established herself in the business world and amassed a fortune from her career. Currently, she resides in Newport Beach in California with her son, who she had with her ex-husband, Michael Avenatti.

Aforementioned, Lisa Storie-Avenatti married Michael Avenatti in 2011. According to various sources, the former couple met each other through their profession. They dated for a couple of months before deciding to take the wedding vows in 2011. However, several marital issues occurred in their marriage, which resulted in their divorce in 2018.

Although Lisa and Michael did not continue their conjugal relationship for long, they became parents of an adorable son together. According to online sources, the estranged couple had a three-year-old son when they separated. So, Lisa Storie-Avenatti probably gave birth to Michael Avenatti’s son in 2014. Currently, their only child together lives with his mother, Lisa, far from media scrutiny. Besides, Michael has two daughters from his previous relationship.

As cited by Lisa on the court documents, Michael was physically abusive and harmful to her and their son. Also, she mentioned that he used to get extremely loud and verbally aggressive. Lisa even gave examples when her then-spouse became emotionally abusive and tried to harm his own family. She left no stone unturned to spoil the public image of her ex-partner and the father of her son, Michael. However, the tough lawyer, Michael, denied the accusations laid on him. Still, the main reason for their divorce is a mystery to the public.

After finalizing their divorce, Michael agreed to pay Lisa $162,295 per month in child and spousal support. Also, he transferred some of his assets, including a ‘Frank Gehry’ sculpture, a few pieces of valuable artwork, five $50K worth wristwatches, and a 2017 ‘Ferrari 488 GT Spider’ as alimony.

In 2019, during a Trump Victory event in California, Michael Avenatti’s ex-wife posed with Donald Trump’s son, Donald Trump Jr. Don Jr. posted the image on Twitter mocking the attorney, Michael, who had represented Stormy Daniels against his father. He shared his photo with his arm around Avenatti’s ex-spouse, Lisa, at the Balboa Bay Resort on his Twitter page and also mocked the lawyer on the caption.

Full of rage, Lisa Storie’s ex-husband, Michael Avenatti, spent the next 24 hours firing off tweets at Don Jr.  In his first tweet, he mentioned Don Jr. as a coward along with hashtag Luckyspermclub. In the next tweet, Avenatti posted a photo of Donald Trump’s daughter, Ivanka Trump’s new white dog, and implied the Trump family as a racist. He even brought up ex-president Donald Trump’s affair with Daniels.

The relationship between the lawyer and his second-wife has continued to degrade over the years. While there seems to be no direct contact between the former partners, Lisa spoke out against the judge about letting Michael out on bail. Avenatti is currently on house arrest, while his ex-wife, Lisa Storie-Avenatti, is enjoying a luxurious life in her luxurious mansion in Newport Beach.