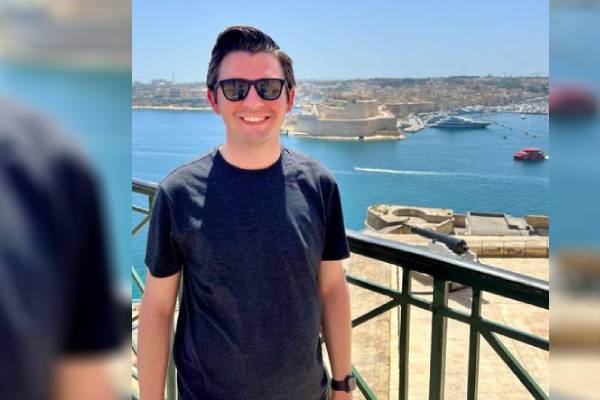 Zachary Mabry is the person who portrayed Porky in the 1994 American comedy movie, The Little Rascals. Although he didn’t continue his acting career after the film, he gained considerable fame in the entertainment industry. Moreover, he starred with many other child actors, including Travis Tedford, Bug Hall, Brittany Ashton Holmes, Kevin Jamal Woods, Jordan Warkol, and more.

All of the cast have grown up and established their career. In addition, some of them are married and have a few kids. Thus, here we will be presenting some interesting facts about the talented child actor Zachary Mabry, including his career, wife, and children.

Is The University Of Oklahoma Graduate

Zachary Mabry, shortly, Zac Mabry was born in January 1990 in Plano, Texas, USA. He has one older brother, Zena Mabry. He must have grown up having a happy childhood with loving parents. In addition, he must have become a popular kid in his neighborhood after working on a huge production like The Little Rascals.

The former actor completed his formal education and joined the University of Oklahoma (OU) in 2008. He majored in accounting and finance and earned a bachelor’s degree in Business Administration (BBA) in 2012. Apart from academics, Zac was involved in various activities and societies. For instance, he was the president of Beta Alpa Psi Honorary Accounting Fraternity, a vice-president of Delta Upsilon International Fraternity, and many more.

After earning his bachelor’s degree, the Texas native completed a Master of Accountancy in auditing from the same university and graduated in 2013. Also, he was the chairman of the Campus Activities Council Sooner Scandals and was active in Student Success Academy. Besides, on his LinkedIn account, Mabry mentioned that as a master of accountancy student, he had the opportunity to study a diverse selection of engaging coursework.

Where Is Zachary (Porky) Now?

Having earned a degree in accountancy, The Little Rascals star worked as an accountant at American Airlines for over four years. He started as a staff accountant II in 2015 and was promoted to senior accountant in 2016. Before that, Mabry interned at Capital Asset Management, Inc. and EY. Also, he served as a student assistant in the graduate programs office at OU and as an assurance associate at EY.

Currently, the former actor is a contributing editor at Catholic Herald. He has been serving in the position since December 2018. Additionally, he is also a founder of ZacMabry Ventures LLC. As per his Instagram bio, he is also a host of the Roman Circus Podcast. Furthermore, the former actor also makes cameo videos and has a considerable fan following on his social media.

Zachary Mabry Net Worth And Earnings

As mentioned above, Zac didn’t continue his acting profession. Instead, he has pursued a career in the accounting field. Nevertheless, the OU graduate’s only movie was a huge hit and grossed $67,308,282 at the box office. Thus, he must have been paid well for his role in the movie.

Backstage estimates that a child actor earns an average of $3,575 per week. Also, a contributing editor earns $95,979 a year on average. Considering his many years of experience, Mabry’s salary from his current job must be notable. Apart from that, he must earn a lot from his cameo videos too. Thus, Zachary Mabry’s net worth must be a significant amount. Also, there is no doubt that his fortune will continue to grow in the coming days.

Is He Dating Or Married?

Speaking of his love life, the former actor is often seen posing with a woman named Jenny Lawler. Could she be Zachary Mabry’s wife or girlfriend? Although both look pretty cozy with each other, they haven’t mentioned anything about their relationship.

Additionally, Zac also shared a picture with his little daughter, who is adorable. Hopefully, he comes at ease and discloses more about his wife and kids in the coming days.

Nonetheless, the former film star is doing well in his professional life. In addition, he has a family of his own with whom he is living contently. We wish him and his loved ones a prosperous life ahead.