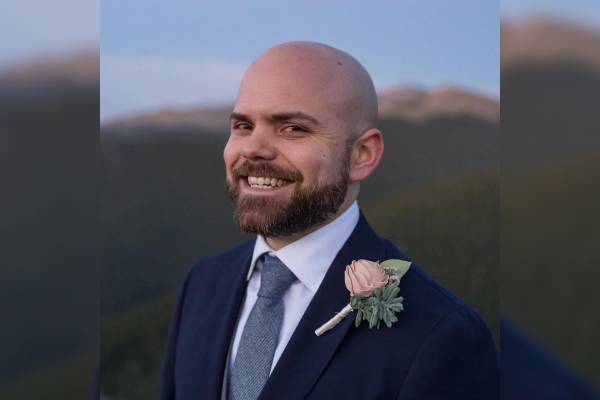 If you have watched the 1994 American family comedy film, The Little Rascals, you must be familiar with the character, Spanky McFarland. The person who portrayed Spanky is Travis Tedford. After starring in the movie, he gained considerable fame in the industry.

The film star worked in a handful of movies but has not acted since 2010. In addition, not many know where the former actor is now. Thus, we will be talking about Travis Tedford’s current whereabouts, wife, and children in today’s article.

Is A Graduate Of TVCC

Travis William Tedford, shortly Travis Tedford was born on 19 August 1988. He is the son of Paula Kay Dixon and Timmy Bill Tedford. The details about his siblings haven’t been revealed yet. Regardless, the former actor must have grown up having a happy childhood. In addition, with all the fame he garnered at a young age, he must have been one of the popular kids in his neighborhood.

After completing his high school education, The Little Rascals star enrolled at Trinity Valley Community College (TVCC) in 2006. He earned an associate’s degree in liberal arts in 2008.

Also Read: How Ben Stiller Overcame His Cancer In Detail

Is A Member Experience Manager

Having earned an associate degree, the former child star now works as a member experience manager at Texas Trust Credit Union. It is a community credit union committed to providing a lifetime of financial services adjusted to its clients’ needs. Moreover, Tedford has been involved with the organization since 2007.

Initially, Travis worked as a bank teller at the union in Athens, Texas, from November 2007 to October 2008. He processed member transactions in the lobby and drive-thru, balanced the vault, processed checks, and cross-sold products & services. Afterward, he was transferred to Grand Prairie city and served in the same role for six months.

Eventually, the former child actor got promoted and served in various positions. For instance, he worked as a financial service officer, inbound marketing specialist, digital coordinator, digital product manager, and credit card product manager. Finally, in August 2021, the Texas native landed his current position. Above all, he must have a strong work ethic and skills, as he has been working at the same company for more than ten years.

Worked As An Actor For Over A Decade

As mentioned above, Tedford garnered immense fame portraying Spanky in the 1994 comedy movie, The Little Rascals. Also, he was one of the winners of the 1995 Young Artist Award. Following that, Travis worked in several movies and television series, including The Thirteenth Floor, Slappy and the Stinkers, The Final, etc.

Looking at his IMDb profile, it seems like the handsome guy has bid farewell to the entertainment industry. He has not acted in any projects since 2010. Nevertheless, his acting career was wonderful, and he accomplished considerable fame and fortune in the industry.

The former child actor shot up to prominence along with his co-stars, Bug Hall, Jordan Warkol, Brittany Ashton Holmes, Kevin Jamal Woods, Zachary Mabry, Ross Bagley, and others. He must have earned a hefty sum from his acting career. The table below lists the movies he worked on and their box office collection.

Considering his acted movies’ commercial success, Travis must have been paid well. Therefore, Travis Tedford’s net worth must have benefited from his acting stints. Moreover, he must have earned a significant sum from his works on TV series too.

As estimated by Glassdoor, a member experience managers earn an average of $63,183 per year. Thus, Travis Tedford’s salary from his current job must also be a notable amount.

Who Is Travis Tedford’s Wife?

Speaking of his love life, Tedford is dating a woman named Allison Nicole Shaw. The adorable pair has not disclosed any details about their relationship. Thus, it is not confirmed if they are married or engaged. However, the couple’s bond seems solid, and they look very happy together. Also, could the lovely duo have been together for several years? We wish them a lasting bond.

Moreover, Travis Tedford’s girlfriend is beautiful with a bright smile and sparkling eyes. However, other details of his beautiful partner are still confidential.

Furthermore, as per his IG bio, Travis turned into a marketing pro and didn’t develop a drug addiction. Nonetheless, the former actor is happy and doing well in his life. We wish Travis Tedford a content and prosperous life.

‘For More Updates On Celebrity Babies, Feuds, Their Riches, Siblings, And Entertainment, Keep In Touch With eCelebritymirror.