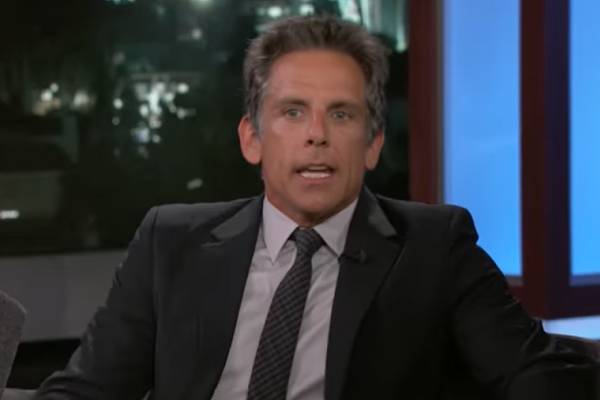 Born Benjamin Edward Meara Stiller, Ben Stiller is a renowned actor, comedian, producer, director, and screenwriter of American nationality. He has been active in the entertainment industry for over four decades. As a result, he has accumulated significant fame and fortune in his career.

Apart from a rocking career, the actor leads a beautiful family with his wife, Christine Taylor. He is also a proud father of his two children, Ella Olivia Stiller and Quinlin Dempsey Stiller. Moreover, Stiller was diagnosed with prostate cancer back in 2014. Thus, today’s talk concerns Ben Stiller’s cancer, diagnosis, treatment, and surgery.

Night at the Museum star had no family history of prostate cancer. So, he never thought about it. But in the early 2010s, his doctor, Edward Schaeffer, recommended him a PSA (prostate-specific antigen) test and also explained what it was. It is a simple blood test primarily used to screen for prostate cancer. PSA is a protein produced by both cancerous and noncancerous tissue in the prostate gland. A high level of PSA indicates various conditions, including prostate cancer.

Afterward, the actor went through the first test, whose result showed PSA level in his blood was a bit high. So, Ben and his doctor agreed to continue the test every few months to monitor the antigen level. Eventually, on 13 June 2014, Stiller was diagnosed with prostate cancer, and he had mid-range aggressive cancer after a biopsy.

In an interview with the US Magazine, Ben revealed that Prostate cancer is one of the most deadly cancer, but it is also one of the most curable ones. The director said he feared the situation at first, but after some time, his positivity took over. On top of that, he had no idea what would happen in the future.

The news about his cancer definitely scared the Zoolander producer. Fortunately, the doctors detected the disease early, and it was treatable. Ben’s doctor recommended he get rid of the tumor through surgery. As such, Dr. Schaeffer successfully performed a robotic-assisted laparoscopic radical prostatectomy and removed the tumor.

Finally, after three crazy months, in September 2014, Stiller became cancer-free and is doing well at present too. During the time of his diagnosis and treatment, his wife and children were very supportive. He said that his spouse and kids were pretty cool about the situation.

Two years after being free from the disease, the renowned actor posted an online essay on how the PSA test saved his life. Addressing all the controversies about the test, he said one should first know their health state rather than fearing the side effects and unnecessary MRI and Biopsies.

So, I had cancer a couple of years ago and I wanted to talk about it. And the test that saved my life. https://t.co/KWirBcRZ7D

The famous personality shared that if he had waited until he turned 50, as the American Cancer Society recommended, it would have been too late to treat his cancer successfully. Furthermore, now the comedian wants to raise awareness of the prostate cancer threat and advocate for early testing, which saved his life.

Nonetheless, Ben Stiller’s cancer has been treated successfully. In addition, he has been giving continuity to his professional career. Since 2014, he has worked on several movies and TV series as a producer and executive producer. For instance, his producing credits include Zoolander, The Meltdown With Jonah Kumail, The Package, Severance, etc. We wish the talented producer and actor a healthy life and a more successful career ahead.