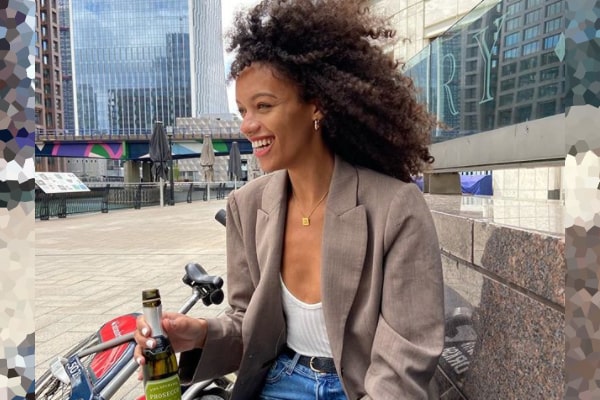 Fashion-models are one of the prettiest people to exist in the universe, not just physically but also personality-wise. Among such phenomenal creatures is Brit-model Kukua Williams. The gorgeous model has been interested in the fashion world since she was young.

Furthermore, the black-beauty is marching towards the peak of her career while amassing massive followers. Originally from Huddersfield, Kukua has inspired several young women and made them fall in love with themselves. Therefore, here are five facts about Kukua Williams.

The fashion world is not an easy world to survive, let alone make a striking persona within a handful of years in the industry. However, Kukua is one name that has continued to make a remarkable change in fashion while embracing her ethnicity.

Furthermore, not many can make their childhood dreams come true, but Kukua is an inspiring name in that regard. She was only 14 when she dreamt of walking ‘the walk.’ Growing up in Huddersfield, she used to follow fashion. However, growing in a middle-class family and raised by a single mother is challenging.

However, Kukua’s mother didn’t discourage her but advised her to get scouted instead. Hence, the girl who grew up watching America’s Next Top Model became one of the most sought-after models in the fashion world within a few years of entry.

Kukua grew up with her sister, Ama Williams, who is as beautiful as her. Likewise, Kukua shares her sister’s poem, which is powerful and beautiful at the same time.

Well, dreaming is a thing while making it a reality is the other. In that prospect, Kukua was swept off of the floor, and she never landed. Furthermore, she was scouted at Love Saves the Day festival while celebrating the end of her university. She described the experience as ‘surreal.’

Currently, Kukua has already been a part of bigger shows, including London Fashion Week, and did a few impressive editorial jobs. Additionally, she is signed by a renowned agency, including Premier Model, DNA, Monster Management, etc.

The influential Brit-beauty has been featured in pages of Off Black Magazine, i-D, and M Le Mag du Monde, etc. Besides being a part of magazines, she has also walked for some reputable brands and designers, including Coach, Michael Kors, Mary Katrantzou, Christopher Kane, Dior, etc.

Gradually, the emerging face in the Fashion world, Kukua Williams, is on her way to being one of the most influential models, like Gigi Hadid and others. Let’s hope she succeeds in doing so and become a role model for little girls.

The beautiful model, Kukua, grew up in the UK and had a mixed heritage of Brit-Black. Therefore, the utterly beautiful Williams is vocal about her experience growing up in mixed heritage and her self-love journey.

Along with growing career, her influence is widening as well. As of now, she has amassed over 4k followers on personal Instagram. Besides that, she openly speaks about self-love, embracing her natural hair and body shape.

Although Kukua is all about body-positivity, the outspoken rising star believes that the Fashion-world has a long way to practicing it despite being the hot topic of numerous campaigns. Hypocrisy? Or Slow development? Either way, let’s hope fashion becomes a medium of expression and not depression in the coming days.

Kukua Williams Has An Inspirational Blog

Aforementioned, Kukua Williams grew up with mixed heritage and hence had to justify her British-Black culture to non-other but herself. However, she found a serene way to share her experience and find solace in expecting herself as a person and accept her heritage.

The stunning model writes a blog named M I X E D, which consists of her pre and post-modeling life. The first post on the blog was published on May 12, 2018, titled, The life of a MIXED raced girl living in a MIXED up world. Here she poured her heart, talked about being ethnically diverse.

Williams’ other blog posts are all empowering in one way or the other, and mostly, a simple extract of her life. Her experience of entering the fashion world is all over her blog. Kukua further included how, in a split-second, she turned from a regular-uni graduate to a full-time model.

The most recent blog Kukua publish talks about is accepting hair and the hairy-expectations from a Black model. The blog title legitimately exhales her disappointment and recalls how often Black models are asked about her hair-do.

The beautifully written blog should reach out to more people to find someone to relate to and learn concurrently.

Wrote An Open Letter Against Racism

Aforementioned, the fashion-model, Kukua, is an outspoken woman. She is not afraid to support what she believes in, and in today’s scenario, she strictly spoke against suburban racism.

In an open letter, Williams acknowledged every Black individual’s existence and their struggle. She further expressed a ‘small town racism’ that made her hate herself and question her race. But today, Kukua has a platform, speaks up against the relentless racism, and asks people to re-think how they view the black community.

Kukua calls out the system that failed the Black community, mistreated, neglected, and repressed the people of color. Speaking one’s thoughts is vital for the change, and Kukua believes that the time is now.

Therefore, let’s hope Kukua Williams manages to reach sky-high while awakening people and representing them through her work.