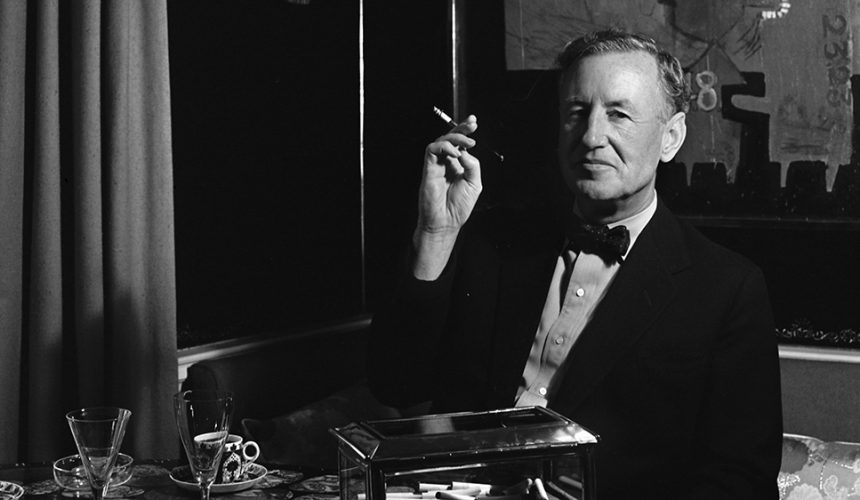 As we wait patiently for the release of Bond’s 25th outing in No Time to Die, starring Daniel Craig and Rami Malek, we shine the spotlight on 007 author Ian Fleming who led a glamorous life worthy of one of his creations.

What’s in a Name?

Fleming had a penchant for choosing interesting names for his characters, often based on his experiences living in Jamaica. A particular passion of Fleming’s was bird-watching, otherwise known as twitching. In fact, Fleming’s titular British spy is named for the author of the definitive ‘Field Guide to the Birds of the West Indies’, American ornithologist James Bond. Fleming was casting around at the time for a name that struck him as uninteresting and boring to provide a nice contrast to the actions and events his character would get caught up in. In fact, Fleming has gone on record as saying that “James Bond is the dullest name I’ve ever heard”. This wasn’t the only bird reference to make it into Fleming’s work either; the Bond girls Domino from Thunderball and Solitaire from Live and Let Die are both named after rare Caribbean birds.

In the Eye of the Beholder

GoldenEye is known to fans of the Bond franchise as the title of the 1995 entry into the film series that served as Pierce Brosnan’s debut as 007. The movie was a huge blockbuster success and revived the flagging franchise after a 5 year gap following Timothy Dalton’s final outing in the role in 1989’s License to Kill. It was also the title of the immensely successful and innovative video game adaptation of the film for the Nintendo 64 that is remembered to this day as one of the most ambitious games ever developed.

Few realize, though, that GoldenEye takes its name from Ian Fleming’s Jamaican residence where he would holiday for 3 months each year. It was in this house that Fleming devised and wrote the original Bond novels and short stories. In the 1970s the house briefly came under the ownership of reggae artist Bob Marley before he sold it on to the founder of Island Records, Chris Blackwell. The desk in Goldeneye where Ian Fleming worked was used by Sting to pen The Police’s classic hit, ‘Every Breath You Take‘.

Fleming was partial to casino games and was no stranger to the one-of-a-kind action a game of roulette can bring, being the glamorous table game played on a numbered spinning wheel. His love of the game carried over into his novels with British spy James Bond being a skilled player. In 1971’s film adaptation of Diamonds are Forever starring Sean Connery, Bond wins big at a Las Vegas casino by playing 17 Black, a number considered a favorite among aficionados due to its location in the middle of the roulette table.

Fleming also had a great interest in codes, which is unsurprising for someone previously involved in naval intelligence. Bond’s agent number, 007, in fact once belonged to a real spy from Tudor England. Often considered the inspiration for the literary depictions of wizards ranging from Merlin to Dumbledore, Dr John Dee was an influential figure in the court of Elizabeth the First. He served there as chief advisor to the crown, court astrologer and spymaster. Dee was highly accomplished at developing secret codes and ciphers in order to send encrypted messages to members of his spy network. It was in these letters that Dee would go by the number 007.

Ian Fleming was a man with connections and this led to his having an out-sized influence on some of the pivotal events of the 20th century. In 1956 the Suez Canal crisis took place when Egypt renationalized the water-way which links together the Mediterranean and Arabian seas from the colonial possession of France and Britain. This prompted a short war from which Egypt emerged victorious. Acting prime minister of the United Kingdom at the time, Anthony Eden, went to stay with Fleming in Jamaica as his health deteriorated during the crisis, causing a tabloid sensation.

Following this, 1962 saw the unprecedented events now known as the Cuban missile crisis unfold, a point of high tension and aggression between the nuclear superpowers of the United States and the Soviet Union. John F. Kennedy, the president of the United States, was reportedly having phone conversations with Fleming to advise on the political situation in Cuba during this event.