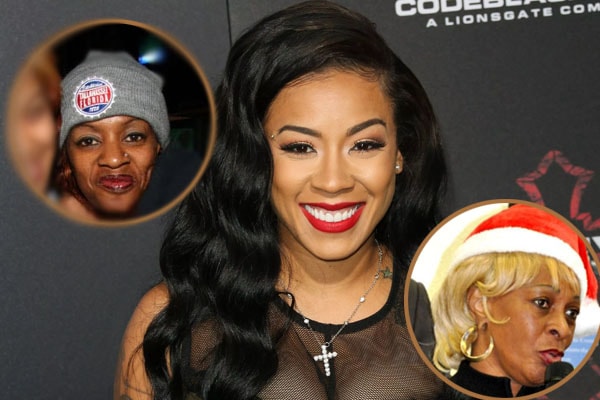 Not many may know this, but the American singer Keyshia Cole has got two lovely mothers, Francine Lons, and Yvonne Cole. Francine is the biological mother of Keyshia, who had her with Virgil Hunter, a boxing trainer. And as for Yvonne Cole, she is Keyshia’s foster mother who adopted Keyshia at the age of two.

As stated earlier, Francine Lons is Keyshia Cole’s birth mother. Francine had Keyshia with a boxing trainer named Virgil Hunter. Over the years, Francine has been dealing with a lot of trouble because of her drug addiction problem. This could be the reason why Keyshia had to be adopted by Yvonne in the first place.

People hadn’t known about Keyshia Cole’s mother Francine “Frankie” Lons. Francine was first introduced on Keyshia’s BET series “Keyshia Cole: The Way It Is.” As fans were enjoying every bit of her, most of them were saddened to hear about her drug addiction problems. The “Enough of no love” singer didn’t hesitate to share her mother’s battle to stay clean over the years.

Keyshia had posted an emotional caption with a video on her Instagram account stating how she misses her mother and how it broke her heart everytime she relapsed.

Once Keyshia Cole went on a Twitter spree telling how her mother Francine said “YOU’LL be aight” when Keyshia told her mother that she is afraid of losing her. And another sad thing is that Keyshia met her father Virgil Hunter 35-years after a DNA test proved that Hunter was her father.

I was like. Wtf is that suppose to mean. Smh. I will NOT be ok if something happens to her. AT ALL! Not amount of money could replace https://t.co/6LsxnwL8Xq

Let’s hope Francine Lons will choose to live her life away from all the drugs.

As stated earlier, Yvonne Cole had adopted Keyshia when she was two. Yvonne along with her husband Leon Cole did it as they were the family friends of Keyshia Cole’s birth parents. The lovely Yvonne Cole is the complete opposite of Keyshia’s biological mother, Francine. She tends to stay away from drugs as much as possible.

There is a lovely relationship between Yvonne and Keyshia and, Yvonne was also featured on Keyshia’s fourth album “Calling all hearts.” Keyshia Cole and her mother Yvonne Cole have also collaborated on her brother Sean Cole aka Nutt-So‘s song ‘When Will Heaven Call.’

All in all both Francine Lons and Yvonne Cole also have got love and respect for one another.